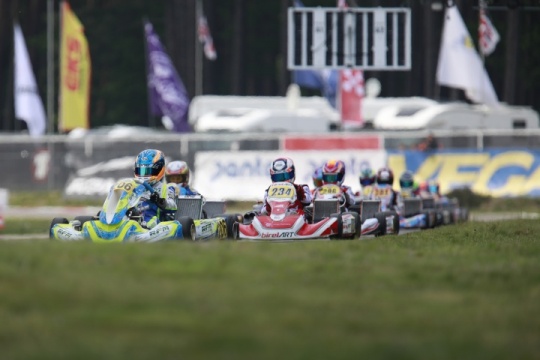 Press Release by: Laurens Van Hoepen
An unlucky series of heats prevented Laurens van Hoepen to take the qualification for the Final at the FIA Karting European Championship in Genk
Laurens van Hoepen's forward march, inaugurated in Angerville, was halted in Genk, where he closed in 40th position.

At Karting Genk: The Home of Champions, the talented driver of Ricky Flynn Motorsport was the protagonist of a very complex weekend, spoiled by the climatic variable and some contacts in the heats.

In the Qualifying Practices, van Hoepen set the group's 9th best time, which placed him in the 5th row on the starting grid of the heats. Despite an encouraging start, however, in the heats the Dutch driver was often involved in contacts that distanced him from qualifying for the Final, relegating him to 40th place.

Laurens van Hoepen, RFM (FA / Vortex): «This doesn't seem to be my championship. With the team we are working tirelessly to be able to return to the positions we belong to, but unfortunately there is always something wrong. I hope to back on top in Sweden».