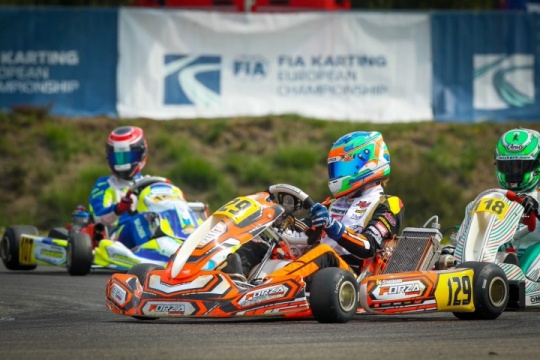 The Belgian relied on his experience and knowledge of the track on more than one occasion, especially with slippery asphalt. His weekend began with a positive 4th place in the 2nd qualifying group, 11th absolute.

In the long series of heats, Stadsbader was also able to take the first victory in an FIA Karting event, matured – besides - in difficult conditions; however, an unfortunate retirement dropped him to 16th place in view of the Final.


In the Final, a small lack of feeling and the subsequent arrival of rain saw him close in 25th position.

Gilles Stadsbader, Forza Racing (Exprit / TM): «It was a positive weekend, after Angerville's disappointment I managed to qualify for Final in my second FIA race in OK. In general I always had a good pace. There is only a bit of bitterness for the retirement in one of the heats because without this I could have started further up, but this does not make me change the judgment on the weekend. I will work to ensure that this is only the beginning of a journey full of good results.»

Stadsbader will be back on track at Kristianstad in the third and penultimate round of the FIA Karting European Championship scheduled in two weeks.