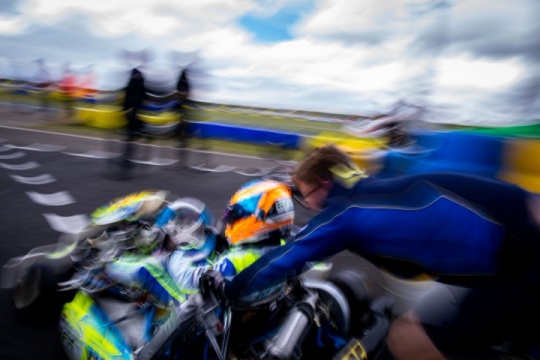 At Genk: The Home of Champions, the driver of the Ricky Flynn Motorsport team is called to erase clean the difficult European debut of Angerville where, thanks to a few too many contacts, he had failed to make the most of his potential.

In order not to lose his chance for overall victory, van Hoepen will have to do well in Belgium; a result that is within his reach given the good results shown in the last race held which coincides with the 2nd round of the WSK Euro Series.

Laurens van Hoepen, Ricky Flynn Motorsport (FA / Vortex): «Genk is a track that I know very well, so I'm confident I can do well. After the unlucky parenthesis of Angerville it's necessary to obtain important points in order to still have concrete chances as regards the championship. The team and I have all the cards in order to succeed, so we'll do our best.»

The official start of the weekend is in program for Friday with Official Practices, followed by the Heats which start on Saturday and end on Sunday morning. Finally, on Sunday, the moment of truth with the Final.