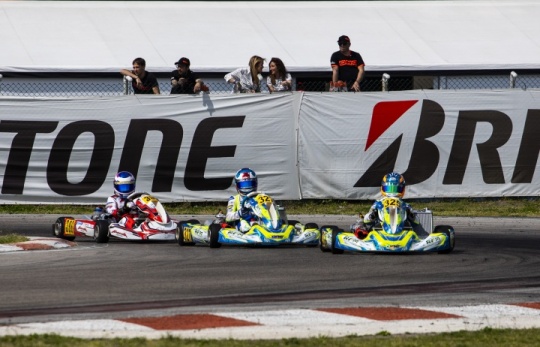 For the Dutch driver, it will be the second European in Junior, after his debut last year.

The objectives are indeed different from 2018, given the experience gained with the Tony Kart Racing Team and the current Ricky Flynn Motorsport. This year, in fact, van Hoepen will be among the top seeded, especially after the Sarno exploit, where between the WSK Super Master Series and the Euro Series, he showed great potential.  Despite the final result, even in the test race in Angerville, he did not betray expectations, always proving to be very fast.

Laurens van Hoepen: «I can't wait to go back to racing. After a somewhat complex start to the season, my performance became more regular. I am convinced that even in France we will be able to have our say.»

The FIA ​​Karting European Championship will start on Friday with official practice, which will leave room for the heats on Saturday and Sunday morning. In the early afternoon of Sunday, instead, it will be time for the Finals.