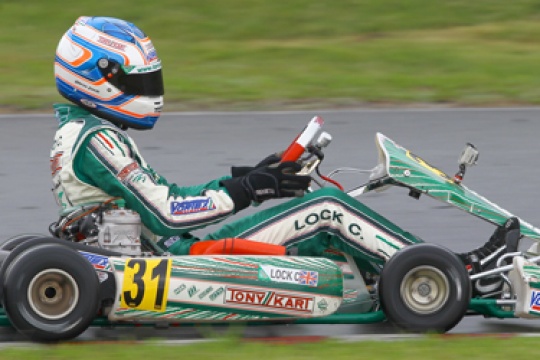 Press Release by: Tony Kart Racing Team
WSK Euro Series starts again after two months of break at the International Circuit of La Conca. On the Italian track our Racing Team will fight to gain the title with the strong KZ1 category, which the leader is Rick Dreezen with 85 points. Marco Ardigò too, is racing for the title, by a fifth position and 55 points.

Tony Kart Racer EVRR (http://www.tonykart.com/leggi_prodotto_en.php?ID_prodotto=773&ID_categoria=62&ID_macrocategoria=3) are just back from the last European Championship were most of the prestigious drivers competed and which we missed because of a defective tyre. Our drivers, as well as all Tony Kart Racing Team staff looks ahead and it is completely concentrated on the next WSK Euro Series event.

In KF1 category, D’Agosto, Kanamaru and Camponeschi has the potential to give their best at aim at succeeding. Amongst our official drivers, D’Agosto is the best classified, with 37 points. In the top-ten positions many of the chassis are from our factory of Prevalle, six out of the ten first positions.

In KF2 category we have the introduction of the new Indonesian driver, Armand Philo, coming from our Junior Team, racing next to the two drivers Damiano Fioravanti and Christian Sorensen, which already gained seasonal success.

Haruyuki Takahashi will be representing our racing team in the cadet class , KF3 category. The Japanese driver is doing a very good work, which becomes better and better from race to race and all the team has great expectations.

The penultimate rendezvous of the WSK National Series will be broadcast on Sunday 26th of June on Rai Sport channel from 2.30pm to 4pm. Moreover, on the webtv Stop&Go ((http://www.stopandgo.tv/) al the final races will be available from 1.30pm.

“Even though we had a bad European competition, we did not lose the concentration and continue looking at the future, I think this is the best way to react. We worked hard during the last week to gain good results in La Conca. WSK events are a few now and the “game of good results” is now becoming more and more precious, actually we shall not miss any opportunity to gain important position before the last race. Technical material is performing well, drivers know that and are well motivated.”