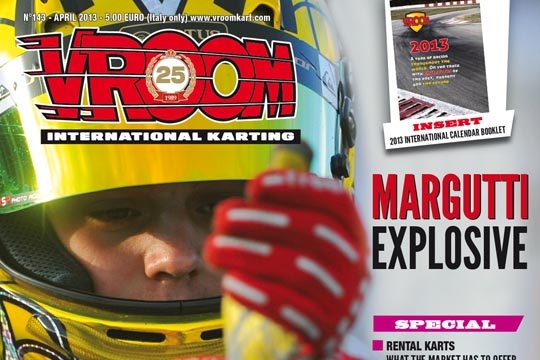 Author: Vroomkart International
Lonato, with the weather conditions not very reassuring, and which have in the end influenced about twenty drivers not to confirm their subscription – however, 180 drivers is always a good number considering the fact that most of the official teams of the official firms deserted this traditional and historical appointment – and the Margutti, an event dedicated to the late Andrea a driver from Rome who died in 1989, has once again left a mark.
This Digital Edition is available on Pocketmags.com

2013 INTERNATIONAL CALENDAR BOOKLET
A year of racing throughout the world. On the track with champions of the past, present and the future


CLOSE UP –  Komarov Racing Team
Tsar of Karting. Komarov Racing Team, the most successful karting team from Russia, based in the city of Kursk, has become a reference for most drivers coming from the land of Tsars. We met owner and team principle Igor Komarov in Lonato on occasion of the Margutti Trophy.

SPECIAL  – KF Evolution
Where do the KF go? Regulations have been less restrictive this year with the engines for the KF classes allowing more freedom compared to the original homologation. What are the changes that might have brought about this new way of elaborating these engines? Well, we have asked some of the best national and international engine tuners.

SPECIAL – Rental Kart
Euphoria to rent. We are going to look at a field which is getting more and more important in the field of karting: rental karts. 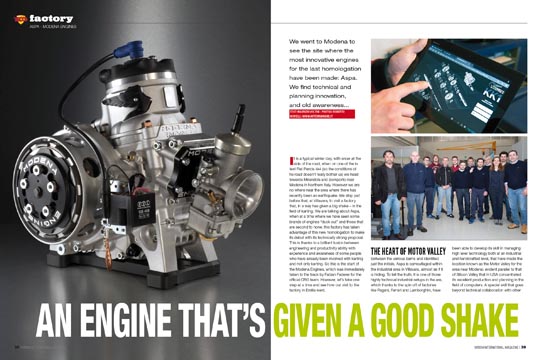 FACTORY – Aspa-Modena Engines
An engine that's given a good shake. We went to Modena to see the site where the most innovative engines for the last homologation have been made: Aspa. We find technical and planning innovation, and old awareness…

RACE REPORT - 24th Andrea Margutti Trophy
Different Champions. You see, it is only on this occasion and only a few others where they give all they have to win the challenge. An important test, there are few like the Margutti and this edition has been a particular one.

Explosive Mix. The 24th edition of the Margutti starts on friday under continuous rainfall.  Free pactice on Friday, an important day for drivers and teams that have to set up their karts so as to be abole to tackle the final phase of the race as best they can. 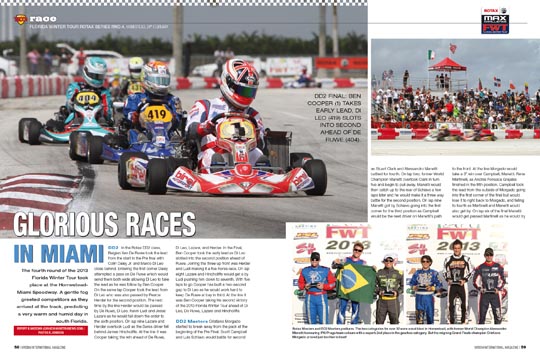 RACE REPORT – Florida Winter Tour
Glorious races in Miami. The fourth round of the 2013 Florida Winter Tour took place at the Homestead-Miami Speedway. A gentle fog greeted competitors as they arrived at the track, predicting a very warm and humid day in south Florida.

RACE REPORT – Rotax Asia/Malaysia Rnd. 1
Fighting all the way. In the opening round of the Rotax Challenge Asia/Malaysia series the fight on track was relentless, forcing all drivers to go the extra mile to come out on top. The worthy winners in the four categories put up an exciting show in Sepang in highly competitive fields. 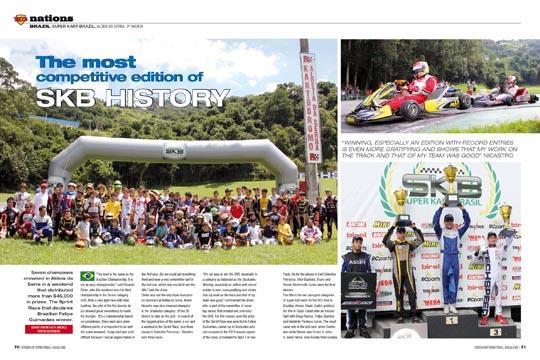 Brazil – The most competitive edition of SKB history. Seven champions crowned in Aldeia da Serra in a weekend that distributed more than $45,000 in prizes. The Sprint Race that declares Brazilian Felipe Guimarães winner. 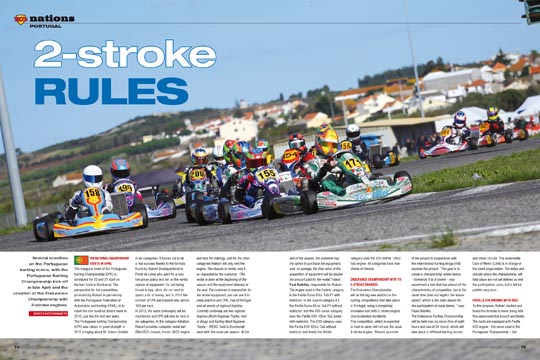 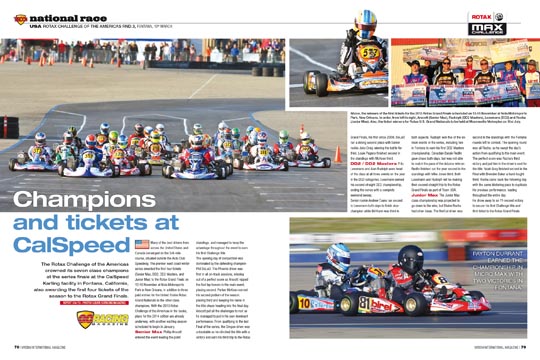 USA – Champions and tickets at CalSpeed. The Rotax Challenge of the Americas crowned its seven class champions at the series finale at the CalSpeed Karting facility in Fontana, California, also awarding the first four tickets of the season to the Rotax Grand Finals.