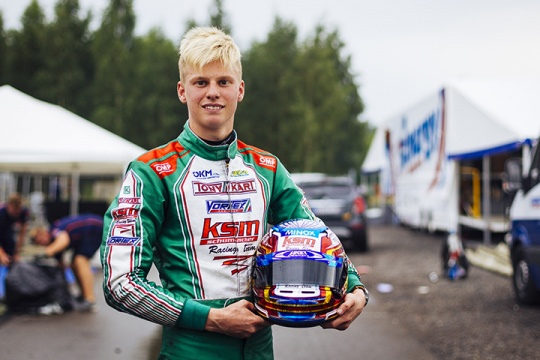 Author: Vroomkart International
The European KZ2 champion tries to strike his more experienced colleagues in KZ on the occasion of the World KZ Championship in Wackersdorf.
First of all: how do you feel as European championship? Did you finally realize that?

“It is really an amazing feeling. Honestly I did not expect to win the championship. So, still after some weeks it is a great sensation...unforgettable!”

What were the most critical difficulties during the European championship?

“For sure the 3rd week-end at Kristianstad, very hard conditions all over the week-end, difficult track. It was the first time for me there and I had several problems to take the track well.”

Who was your hardest rival in KZ2?

“There were so many great drivers with huge experience and amazing skills in the KZ2 CIK-FIA European championship. Until Sunday at Kristianstad Matteo Viganò was the favourite in my eyes.”

From national karting to the European title and now you’re trying to hit the jackpot: why did you choose to compete in KZ in Wackersdorf?

“From the beginning of the year my participation at Wackersdorf was clear. It is a great opportunity to have the World KZ Championship at home in Germany at a track that I know very well and that is also my favourite track. After my success in the European Championship, I decided to step up into KZ to take the big challenge driving against the most experienced pilots of the world.”

We saw that you tested the Formula 4 with your teammate David Schumacher: tell us something more about that experience! What are the main differences from the KZ? How did you feel?

“We have been testing for two days at Lausitzring with Formula 4 US Racing Team. For me it was an amazing experience. In the beginning I was a bit nervous, but within a few turns it felt like I've never been doing something else. Of course driving a real car it is a new sensation, bigger and faster than a kart, but there are some parallels especially with regards to the racing line. I will never forget thes two days. Thanks a lot to the whole US Racing Team for this opportunity!”

Are you wondering to step up to formulas in the next future? Plans for the next year?

“As I am very ambitious I like to have plans, goals and dreams as well. The participation at ADAC Formula 4 next year would be the next logical step for me and it is my goal. Until today it is not clear as it doesn't depend on me, but I hope that I can confirm my Formula 4 participation 2018 soon. It doesn't matter what it's going to happen, I will always keep on driving go kart - maybe more, maybe less - because it is my passion and I've so much fun driving it.” 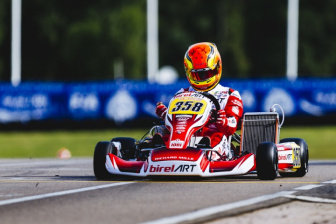