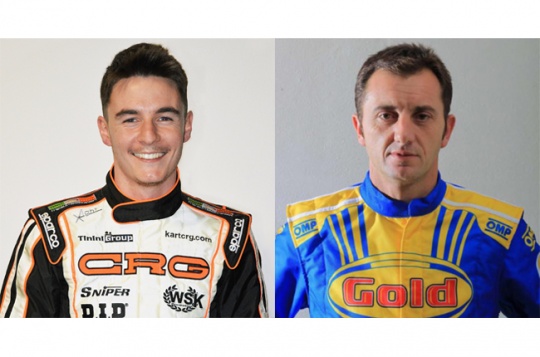 Author: Vroomkart International
The end of 2015 provided some great rumours and, finally, a few bombshells.
Two of the most successful drivers of the international karting scene, very well established in their respective teams, decided to part ways and move on with their careers. Flavio Camponeschi announced already in November his decision to leave Tony Kart, with which he had won the World KF2 Championship in 2008, the world title in KF1 four years later, the runner-up title in the KZ World Championship last year, and the KZ European crown the past season.
Little did everyone know that the 25-year-old Roman driver was going to make the move to the All-Blacks…
On the other hand, and possibly as a result of it, five-time World Champion Davide Foré had to find a new team after his contract with Crg came to an end. In 2016, he will wear the yellow-blue colours of Gold Kart by Righetti Ridolfi.

Here’s Camponeschi statement.
“A new experience is about to start but I am motivated and also excited for my debut with CRG. I left a great team after 8 years at high levels on a top class brand, but I found a place at a very strong squad like CRG, which is a great opportunity for my future. CRG has been my first objective for the continuation of my career and I managed to reach a very satisfactory agreement with the President Giancarlo Tinini. I did not have any doubt I would have found highly qualified technical personnel at CRG, but I was happy to see first hand their complete availability and this is a great premise for my forthcoming sporting commitments.” 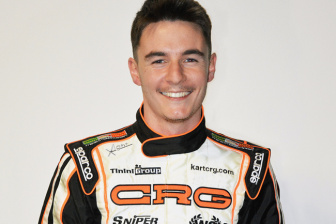 Flavio Camponeschi is a Crg driver