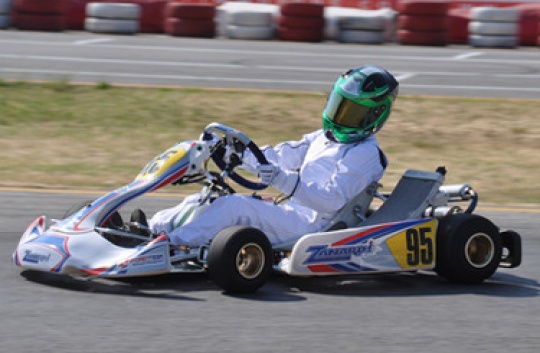 To the makes entered in the 2010 “U18” World Championship, two further ones have been added for the 2011 edition: Swiss Hutless and Zanardi. Here is a brief presentation of each of them.

Originally a German make created in 1969, Hutless became Swiss Hutless when it was taken over in 1971 by the Swiss Dieter Vokinger. This was not the début of Vokinger in Karting as three years before he had acquired the Kappelen track. Subsequently, in 1992, Group Vokinger also built the Karting circuit of Lyss, near Bern in Switzerland, which still exists today and is close to the company’s headquarters.

Swiss Hutless Karts has always maintained a varied Karting activity, using high-level competition to strengthen its position on the market of national competitions on every continent, but also in the field of rent karts, with equipment specifically aimed at leisure Karting, both indoor and outdoor, and also aimed at small children. Its commercial approach has long been looked on as that of a trail-blazer and as a reference, its catalogue and its distribution network being among the most developed and modern ones.

Put on the back burner for a few years, Swiss Hutless’ “competition” branch has been revived this season and is managed by France’s Manuel Renaudie, who recently put an end to his brilliant career as a professional Driver. Renaudie in particular finished second in the 2009 World Cup for Super KF, was Vice-European Champion that year, and his titles of winner of the German (2010) and Italian Championships (2003), as well as Vice-French Champion (2002) bespeak a long presence at the highest level.

To reaffirm its international involvement Swiss Hutless has chosen to enter the CIK-FIA “U18” World Championship as a make. It will be represented therein by three Swiss Drivers (Alain Valente, Yves Von Aesch and Isabelle Von Lerber) and a Bahraini (Abdulla Al-Thawadi), who will have the difficult task of restoring the Swiss Team’s prestige of yesteryear, especially marked by the World titles conquered by Peter de Bruijn in 1980 and Massimiliano Orsini in 1995.

Former European Karting Champion (1986), former Formula 1 and IndyCar Driver, Alessandro Zanardi made a point of retaining a link with the sport which thrust him to the tremendous career he has made for himself. He has thus given his name to a kart brand, the running of which he has partly entrusted CRG (which manufactures the chassis) with, and its management is entirely in Dino Chiesa’s hands. Zanardi’s interest for this programme has coincided with his definitive return to Padua, in Italy, after the years he spent in the United States. He has had more and more meetings with the Karting community and he naturally turned to Dino Chiesa to carry through his project to a successful conclusion. His involvement was announced within the framework of the 2004 World Championship, and in 2005 Team Zanardi entered CRG chassis. It was only in 2006 that Zanardi became a make homologated as such. The white and blue make is now mainly renowned for its association with the successes of the little Dutch prodigy Nyck de Vries.

Without the contribution of its Team Manager, Dino Chiesa, Zanardi would certainly not be the make that it has become. Mechanic of Zanardi in 1987 (together they won the prestigious Hong Kong GP) and then of Mike Wilson in the 1980’s, Dino Chiesa managed CRG’s racing Team throughout the 90’s, taking in particular under its umbrella such Drivers as Danilo Rossi, Vitantonio Liuzzi, Giorgio Pantano, Jan Magnussen, Ryan Briscoe, Patrick Long and Ennio Gandolfi. Approached by Keke Rosberg, he then founded Team MBM (Mercedes Benz McLaren), fully dedicated in the early 2000’s to Nico Rosberg and Lewis Hamilton, first with CRG chassis, then with MBM ones manufactured by Parolin.

Zanardi is one of the two new makes which have joined the bosom of the brands officially entered in the CIK-FIA “U18” World Championship and will be represented on the track by seven Drivers of as many nationalities, with an Australian (Aidan Wright), a South-African lady Driver (Naomi Schiff), a Briton (Matthew Graham), a Greek (Dimitrios Vasileris), a Frenchman (Simon Tirman), an Italian (Damiano Marchesan) and a Driver from the Sultanate of Oman (Sanad Al Rawahi). 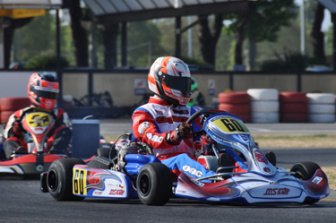 D-Day -29 for the “U18” World Championship and Academy Trophy