Author: Vroomkart International
I too got caught in the craze that was breaking out throughout the world. This was back in 1995. So, messing around with one or two collaborators, I realised that I was one of the first, with the Americans, to transmit karting on Internet. 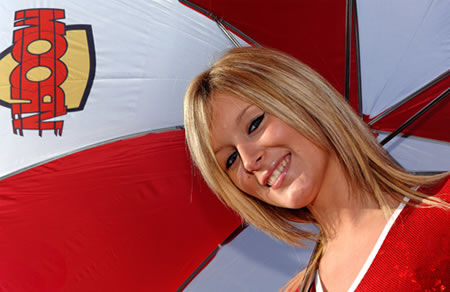 I too got caught in the craze that was breaking out throughout the world. This was back in 1995. So, messing around with one or two collaborators, I realised that I was one of the first, with the Americans, to transmit karting on Internet.
Well, although this online innovation gave the impression that the future would be brighter, we  had no idea as to how long it would really take, and how it would actually evolve. As the last millennium drew to an end, the economic situation became clearer, we saw the other side of the medal, and there were serious consequences too. The situation was quite difficult for anyone who looked to set up a business through Internet... the credibility of this industry had blown up. So more or less everybody, operators or navigators lost the initial enthusiasm that had underlined the entire set up.
Vroom, didn’t feel the impact very much, because for us it was just a niche for karting, So, I continued to work on promoting and improving the product ... through paper, magazines, which could give karting news on an international level, representing the products Made in Italy and, at the same time giving importance to karting as a sport and to those who practiced it.
I was well backed, because besides being the captain of a small editorial, I could count on a good set up that rested on sound foundations and which had been built up thanks to Vroom. A name, which immediately wins the heart of the enthusiasts thanks to the etchy logo and onomatopoeic sound; which makes it stand out from other magazines. And, it certainly isn’t just by chance that already in 2000, Vroom was the most popular karting magazine in the world, with readers in 70 different countries.
Undoubtedly, today, the situation is much better... the number has increased and there are many many more navigators, the business machine has picked up. But it’s not jut a matter of business; I think that Internet offers other opportunities, even if it always boils down to selling a product or offering a service. However, all this enthusiasm results in improved services (better quality, speed and promptness in transmitting news). So, Vroom too has decided to get going again with its small web-site, the same one that registered over 30 thousand contacts in 2000, during the FSA World Championship weekend, thanks to real time transmission service.
Then too, we were the only ones who transmitted news on what was happening on the track and gave individual lap-time for each driver, from heats to final, in real time.
Well, here we are again. We’re back. And this time we hope to keep this site updated in the best of ways. Vroom deserves it and so do all the karting fans.
What you see now is not finished yet, but we have decided to put it online anyway, because we didn’t want any further delays. Besides layout, with which we aren’t entirely satisfied; we’re working on services, columns and topics, but what is more important, we’re working on issues that will draw the most interest.
I don’t want to list all the things we have in mind here... but bear with us and before long there’ll be something really interesting for you all.
However, you ought to know that, this project for innovation was developed early August through the interest of the lads at Kart.it, Antonio Pepe, Ugo Giaquinto and Laura De Angelis and myself of course. We will do our utmost to set up an interesting site, with lots of information in the usual Vroom style, news, independent and pluralist, but above all we’ll be giving information that regards the welfare of karting as a whole.
I’m trusting and at the same time answerable for a trade name that just cannot afford to let anyone down.
Wish me luck. I’ll certainly need it.
Thanks for bearing with me,
back with you soon