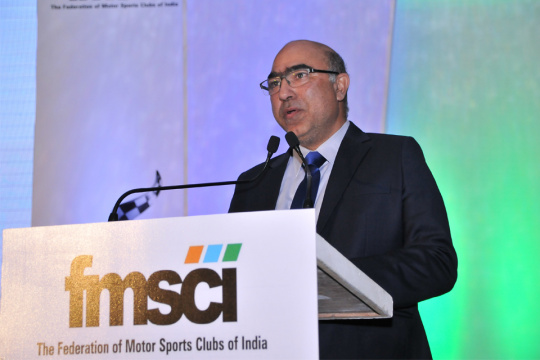 Author: Vroomkart International
Akbar Ebrahim, accepted the nomination to become the new President of the FIA's International Karting Commission (CIK) in early February 2022 to replace Felipe Massa in the role, while the former Formula 1 driver takes the lead of the Drivers’ Commission, thereby reserving his seat on the World Motorsports Council. by Jen Wade
The former Indian Rally and Racing champion who currently heads the Federation of Motor Sports Clubs of India (FMSCI) in his second term, has been instrumental in establishing the foundation of young driver development and two-stroke karting in his homeland over the past two decades. He boasts a vast amount of experience in the fields of racing, sport and business, holding numerous honorary positions and supporting roles in ASNs, boards, councils, commissions and working groups within the Asian and Asia-Pacific regions for all different motorsport categories.

The man known as ‘Akku’ among his close associates describes himself in three words – “committed, evolving and pragmatic”. He devotes his time and energy to what he believes in, is open to new ideas and opinions, knowing that “challenges are something we have loved and lived through on a daily basis” in this life, trying to overcome issues with more of a practical approach by understanding the situation clearly as it is. His passion for racing remains strong and the welfare of the industry’s sporting community resonates as an underlying priority, where fair play, respect and accessibility are essential for developing healthy competition and sustainability for the future of karting as we know it at all levels.

"MY FIRST RACE WAS IN A FIAT 128 WHICH I TOOK FROM MY DAD’S GARAGE AND HE DIDN’T KNOW UNTIL HE GOT THE NEWS THAT I WON THE RACE."

Akbar’s first ever race was in Sholavaram, about 24km north of his home in Chennai city, formerly Madras, which is the capital of Tamil Nadu state in Southern India on the Coromandel Coast of the Bay of Bengal, known as the “Gateway to South India”. It has a mix of both modern and traditional values, regarded as the prominent cultural, economic and educational centre of South India with a history as a British military garrison and East India Company trading outpost. One of the most-visited cities by foreign tourists in the country of more than 1.34 billion people, Chennai is home to one-third of India’s automobile industry.

How did your racing career kick off?
«My background has been primarily in single-seater racing, but before that, I started pretty early at 15 and raced for two years [1978/79] and then played a lot of professional cricket – because racing in India was just once a year at a big carnival in the 70’s and 80’s. We had no exposure to karting in those days, so if you had a passion for racing you would get into it in whatever equipment was available. My first race was in a Fiat 128 which I took from my dad’s garage and he didn’t know until he got the news that I won the race. There was an old Air Force airfield used during World War ll that became a race track, built up with hay bales and stuff like that, after the Madras Motor Sports Club was established in the mid-50s. In the 80’s these Grand Prix events were pretty mega, attracting 60-70,000 people who would come to watch the different categories of cars and bikes based on ‘cc’ classification, with all the big formula and touring cars too. It was back when there was no social media or any other distractions and very little entertainment, so everyone looked forward to this».

“I GOT INVOLVED IN CRICKET. GREAT SPORT. BUT NOWHERE NEAR AS TOUGH AS MOTOSPORT.”

Playing cricket for India – like dreaming to race F1
«Yes, I got involved in cricket. Cricket took me to playing for my state and south zone, which was at the threshold of playing for the country. I played in the UK for the Essex League in Ilford along with Steve Waugh, who was my teammate for 2 years and also a stint in the West Indies when I brought Robin Singh over to India and hosted him at home for a few years. In addition, I also hosted Nasser Hussain at home for two years when he played under me before going on to play for England. Great sport. But nowhere as tough as motorsport».

Akbar played as an opening batsman, captained the Don Bosco Matriculation School and Bains Baptist Higher Secondary School in Inter-School tournaments and Loyola College in Inter-College tournament in Chennai. He went on to captain Madras University and later played for South Zone in the Vizzy Trophy. He mentored former Indian international Robin Singh, who played under his captaincy in the Madras First Division league after they met touring the West Indies as part of the young hopefuls. Akbar played alongside former England captain Nasser Hussain, the pair have known each other many years, as his father worked for Ebrahim’s family business in Chennai so he used to stay at Nasser’s house when playing in England, before coming to India to hone his own skills when he was 16 or 17. There were a couple of seasons with Aussie Steve Waugh, considered the most successful Test captain in history and known for his ability to perform under high pressure. They played for the Ilford Cricket Club, famous for introducing some of England’s biggest legends, including Nasser as a schoolboy, where Waugh hit a century off 28 balls in 1985. Politics and discrimination in cricket contributed to the end of Akbar’s budding career and prospects.

How did you get back on track?
«I got back to racing when I was around 24. In 1988, there was a new 3.6km FIA-certified circuit in Chennai and (the late) Sundararam ‘Kari’ Karivaradhan [a pioneer of Indian motorsports] launched his Formula Maruti open-wheeled race car using Indian engines; similar to the old Formula First. This got me back racing again and I won the inaugural race. After some single-seaters, I did a couple of years in the Indian Formula 3 championship, where the international drivers soon entered too. In the 90’s the sponsors and the tyre manufacturers started promoting teams and competing, with the likes of Trevor Carlin and many other great British teams bringing their entire staff and cars, so it was good experience and pretty competitive. I went on to do Formula Asia, British Formula Ford and the Formula Ford Festival, followed by most of a season in British Formula 3 and a few races in the British Formula 2. In India, I won the Indian Championship five times. It was in ’97 or ’98 when I came back and did a couple of years of rallying to understand that side of the sport and a bit if touring car racing».

What prompted you to establish karting academies?
«In early 2003 I started the karting academies because I saw the gap after I had been racing. The next generation of young drivers coming into the sport had no clue in terms of exposure compared to international drivers and this was principally because we didn’t have professional karting in India. Only in the mid-to-late 90’s until 2004, we had leisure karting events with 4-stroke engines. I felt it was very important to introduce the 2-stroke engines which were much quicker and a lot more demanding. Having seen the programs being run across the world and in a few Asian countries, what was happening in Europe and the UK while visiting other tracks, we started this program in India in 2004. We ran several events and established karting races, with some Asian championships of the Asia-MAX with Rotax engines, plus ICA and Formula A engines, posting a round in India of each of these. After that, the continuity was there with the mono-brand Rotax engines and after some years, this expanded to the IAME engines as well, providing the exposure for the new generation of drivers to learn about racing».

“IT WAS REALLY LIKE A ONE-MAN-SHOW AT THAT TIME, EVERYTHING FROM DESIGN TO INFRASTRUCTURE AND CONSTRUCTION WAS DONE BY US.”

How has Indian karting progressed?
«There were no dedicated larger karting tracks to accommodate the 2-stroke engines initially, so we worked in conjunction with the owner of the second Indian car circuit at Coimbatore, inaugurated in 2004, to create a 1.2km karting track to run most of the races. The next circuit was a slightly larger recreational kart track at the airport in Hyderabad and currently we have two other circuits based on the CIK specs, minimum 1.2km and 9m width on very large layouts. I kick-started this project seven years ago with an associated group who invested, contributing to their local communities. It was really like a one-man-show at that time, everything from design to infrastructure and construction was done by us. The great thing is that by the middle of next year, there will be three Grade 1 CIK circuits ready to go in India in different parts of the country, which will extend the reach of karting for more youngsters that is limited now due to the cost and time they need for travelling so far. These proposed initiatives are taking a professional approach, working together with designers and ideally organising the necessary facilities to ensure more future opportunities and business». 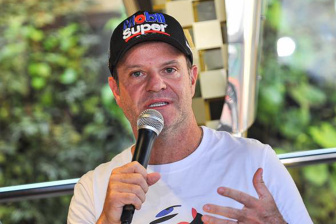 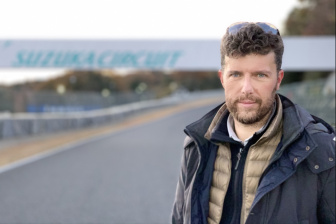