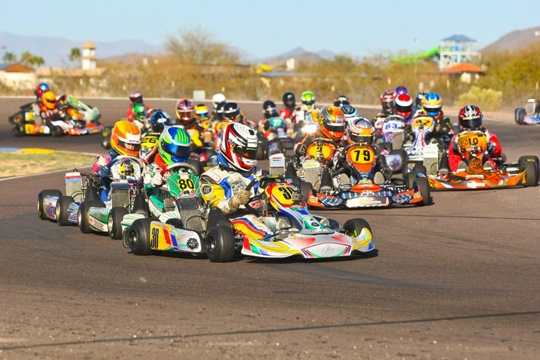 Series reaches halfway point with trip to Phoenix Kart Racing Association circuit February 8-10
ORANGE, CA (January 31, 2013) – The Rotax Challenge of the Americas will continue its 2013 season as competitors travel to the Phoenix Kart Racing Association (PKRA) circuit in Glendale, Arizona on February 8-10. Round three and four of the six-race international Rotax Max Challenge championship series returns to the 3/4-mile course that will host the program for a fifth straight year.

Drivers from across the United States and Canada will continue battling for the series titles, with tickets to the Rotax Grand Finals and the United States Rotax Grand Nationals up for grabs. The Buddy Rice Karting Senior Max standings is tight after just two rounds as four drivers sit within 10 points of each other. Round 1 winner Parker McKean has the outright lead, by a slim one point margin over Round 2 winner Phillip Arscott and Louie Pagano. Will Owen caps off the top four, with a high finish of second place on Sunday in Tucson. Pagano was the only driver to podium both days, and has the slight advantage with the best five of six-round championship thus far.

Defending Challenge champion Fritz Leesmann holds a perfect score thus far in the Dallas Karting Complex DD2 division thanks to his sweep in Tucson. Series rookies Andrew Evans and Sean Owens each need stronger results in Phoenix if they hope to dethrone Leesmann off the top spot. 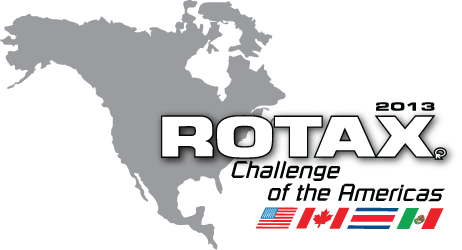 2012 Team USA member Alan Rudolph has a 20 point advantage heading into the upcoming two rounds of competition in the Billet Performance DD2 Masters category. Fellow Portugal teammate and Round 1 winner Mike Jones trails by 20 points as defending series champ John Crow is 23 behind him, in what should be a close battle to the final weekend.

Last year’s runner-up in the standings, Luke Selliken, enters the Phoenix rounds as the leader in the Rolison Performance Group Junior Max class. Selliken won both feature races last year, and if he would repeat, could extend his championship lead by a large margin. The competition however is looking to stop that, with Round 2 winner Blaine Rocha just 17 points back, double podium finisher Noah Grey sitting third only 10 points behind him. Austin Versteeg finished third in Round 1, and remains in the hunt.

Tucson double winner Diego Pelosi controls the standings in the CRG-USA Masters Max category. His two victories have him 36 points ahead of Donald Durbin Jr. with fellow podium finisher Justin Peck just two points behind. Horatio Fitz-Simon and Sting Ray Robb, the two winners in the HoleShot Drive Systems Mini Max division in Tucson, enter Phoenix separated by just seven points in the standings. Robb has the advantage with a second and first, while Fitz-Simon was first and third in the opening two rounds. Every point will count moving forward, with David Rafailov lurking behind in the third position. The Overdrive Motorsports Micro Max class sees Liam Letzsch at the top of the order in the standings thanks to his first and second in Tucson, holding a 33 point advantage over Round 2 winner Payton Durrant. Filip Niemkiewicz, Anthony Willis and Canadian Marco Kacic are all within 56 points, setting up for an exciting two rounds in Phoenix.

eKartingNews.com will provide their ‘Trackside Live’ coverage throughout the February 8-10 weekend at the Phoenix Kart Racing Association facility in Phoenix, Arizona. Live audio broadcast begins Friday with the final round of practice, and brings you the entire action Saturday and Sunday from qualifying to the final lap of the main events at www.ekartingnews.com/live

Pre-entry for the Phoenix rounds of the Rotax Challenge of the Americas closes Thursday, January 31. To send in that last-minute entry or to find out more about second event of The Challenge 2013, visit www.rotaxchallenge.com