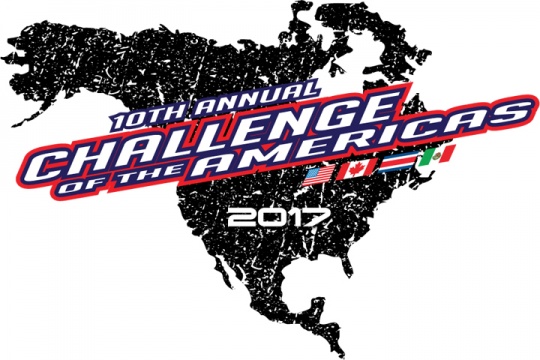 Press Release by: Rotax Challenge of Americas
10th season set to kick off in Tucson at end of January with Rotax Grand Finals tickets up for grabs
The 10th season of the Challenge of the Americas is set to begin at the end of January. The premier winter karting series on the left coast will close out its first decade of competition during the months of January through April with the top racers and teams traveling to the three events that make up the 2017 Challenge of the Americas. Since its inaugural season in 2008, the Challenge prides itself on providing a fair, fun and competitive championship series, along with plenty of awards to give back to those who support the program. The 2017 season will be no different with series promoter Andy Seesemann putting together a solid series campaign for racers of all ages.

“It is a very exciting time as we are just days away from the start of the 2017 season,” stated Challenge of the Americas owner Andy Seesemann. “This being our tenth season means a lot to me, and to those who have been part of the program since day one. We have racers, teams and staff that were with us at the inaugural event at Willow Springs, and are still part of our program today. It has been a pleasure to provide an atmosphere, unlike any other, for a karting championship and my hope is the 2017 Challenge of the Americas provides three exciting weekends.”

Leading the list on the 2017 Challenge of the Americas prize package are the Rotax Grand Finals 2017 tickets for the champions of the Senior Max, Masters Max and Junior Max divisions. Each driver who is crowned as the series champion in the three headline categories will have a chance to represent the Challenge, along with their country, at the ‘Olympics of Karting’ scheduled for the Kartodromo Internacional do Algarve in Portimao, Portugal on November 4-11. Last year’s champions Christian Brooks, Mike Jones and Nicholas Brueckner represented COTA and Team USA in Italy this past November.

For the 2016 season, shifterkarts were added to the Challenge of the Americas and welcomed a number of top drivers from across the western half of North America. Shifter Senior and Shifter Masters return for 2017, with the champions in each set to earn a sponsored spot at the US Open Las Vegas outside the Rio All-Suite Las Vegas Hotel and Casino on October 25-28. Finally, champions of the youngest categories - Mini Max and Micro Max - will receive a sponsored spot to the United States Rotax Max Challenge Grand Nationals. The event is set for August 2-5 at the Dallas Karting Complex in Caddo Mills, Texas.

New for 2017 is the addition of LO206 to the class roster for the Challenge of the Americas. The class, featuring the Briggs & Stratton spec engine, is focused at bringing in club and regional drivers to experience a weekend as part of the Challenge program with the same kart they race locally. The class is scheduled to compete for weekend prizes with no year-end championship to be tabulated. Each weekend will be its own race, spread out over the three days. Friday includes a full day of practice with the same amount of track scheduled for the Rotax and Shifter categories. Two heat races make up the action on Saturday with a third and final heat set for Sunday. The weekend is completed with a main event Sunday afternoon. M2 Image Solutions is offering up $500 to the class winner, a free entry to the next race for the runner-up, and a set of Max One Green by Vega Tires - the spec tire for the category at the Challenge - to the third place finisher.

“M2 Image Solutions is excited to be sponsoring the LO206 class this year,” stated M2 Image Solutions owner Mike Giles. “As racers ourselves who are concerned with the overall health of karting, we are always interested in being part of the solution. We partnered with Andy last season on a local level with the successful 206 Lounge program and see the COTA series as a natural progression to help keep that momentum, for not only the LO206 class but for our sport in general.”

Challenge of the Americas is happy to announce a LO206 Junior division has been added to the class roster. Drivers 11-years-old and up will be allowed to participate in the LO206 race group, with Junior drivers scored separately.

“We have had several requests to add LO206 Junior to the Challenge and we have listened,” added Seesemann. “We will run them in a combined race group with the LO206 Senior class. Supplemental rules will be released in the next few days for the new class, pertaining to weight and other specifics for the LO206 Junior division.”

The 2017 Challenge of the Americas is a best five of six-round championship program featuring three race weekends. January 27-29 opens up the season at the Musselman Honda Circuit in Tucson, Arizona followed by the Phoenix Kart Racing Association on February 24-26. The series finale returns to the Simraceway Performance Karting Center in Sonoma, California on the April 7-9 weekend. Each weekend features two rounds of racing - made up of qualifying, Prefinal and Final - all covered live through eKartingNews.com with their EKN Live broadcast of the action along with daily reports and social media updates.

Registration remains open for the Tucson weekend until January 20th at the Registration section of the Challenge website with online or printable forms. Also on the Challenge website is the Schedule & Events section. Information regarding the Tucson weekend, and the other two events have been updated. The room block for the official hotel of the opening event - Four Points by Sheraton Tucson Airport - is scheduled to close on Friday, January 6.

Head over to the Challenge of the Americas website - rotaxchallenge.com - along with their Facebook page for updates and news.