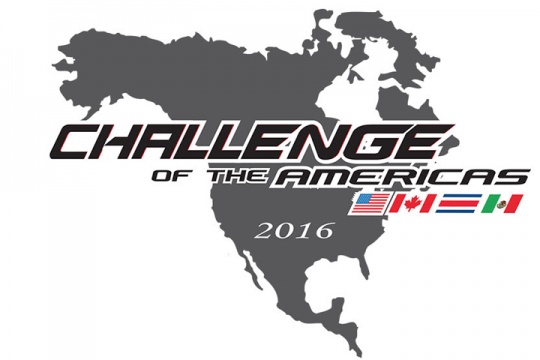 Press Release by: Rotax Challenge of Americas
Race will mark the final round of Challenge of the Americas on reverse national layout.
The final round of the Challenge of the Americas (COA) will take place at Simraceway Performance Karting Center in Sonoma, California April 1st to the 3rd. With the points championship coming down to the wire and invites to Team USA for this years Rotax Max Challenge Grand Finals in Italy, the weekend promises to be some of the best wheel-to-wheel action of the season.

"After running the National layout for so many years, we have decided to do something different for 2016," said series promoter Andy Seesemann. "We will be running the reverse national layout for the 2016 Challenge of the Americas finale in April.  I have spoken with many drivers that have told me that the reverse national layout may be more fun than the standard direction, so I have decided to switch it up this year.  After meeting with Garett Potter up in Sonoma last month, he has also decided to run this layout for the United States Rotax Grand Nationals later this year. This will give competitors two big races on this layout and a new challenge for Rotax racers in the Challenge of the Americas and the U.S. Nationals."

The pre-entry deadline for the final round of the Challenge of the Americas is March 18. The entry fee goes up $100 if you register on site. You may enter onlineathttp://www.rotaxchallenge.com/registration/.

The deadline to book hotel rooms is March 16, and the block is nearly sold out. Hotel information can be found on the event page, at http://www.rotaxchallenge.com/schedule-tracks/race-3-event-info/.

The track will be closed Monday and Tuesday, but will be open for practice on Wednesday and Thursday prior to the race. Series podiums will take place after the Sunday race podium.

Any competitor who wishes to look up his points position can visithttp://www.mylaps.com/en/championships/5308. Please remember that only flagrant DQs are non-droppable, and the only two flagrant DQs this year were two-day disqualifications for under-the-seal infractions at the first round in Tuscon.