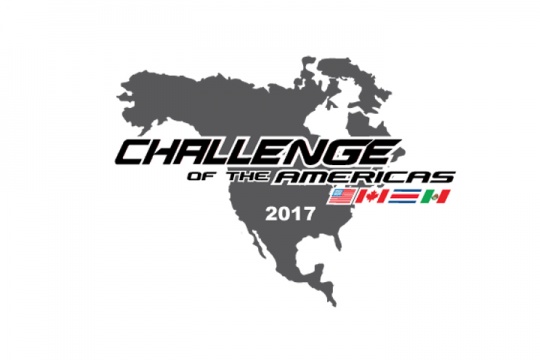 Press Release by: Rotax Challenge of Americas
10th season of international winter series on west coast releases three event schedule
In the summer of 2007, the Challenge of the Americas was launched with the winter of 2008 hosting its first ever events to serve as the premier winter program for the west coast. A decade later, plans are underway to host the 10th season of the Challenge. Series promoter Andy Seesemann and his COTA staff have solidified themselves as one of the most organized, structured racing series in North America with a goal of making the 10th season another memorable three-month championship program.

“It has been a pleasure to offer one of the most competitive and exciting racing series in North America for the past nine years,” stated FTK Promotions’ owner Andy Seesemann. “The talent level that has gone through our program and continue to compete in the series since day one shows that racers want to put themselves against the best, and that place is at the Challenge. The combination of tracks, simple class structure, the format of the weekend and the most laps per dollar spent anywhere is what we want to provide and will continue to heading into our 10th season.”

For the last nine years, the Challenge has been one of the major international Rotax Max Challenge series in North America, welcoming drivers from multiple countries and competing for the Rotax Grand Finals tickets awarded to series champions. Last year, following the format set up by the US Open championship, two shifterkart classes were added to the COTA program with increased success. Minor changes may occur for the 10th season class structure as series officials narrow down the complete rules package for the upcoming six-round championship format.

“The prestige of earning a Rotax Grand Finals ticket and competing against the best in the world is something the Challenge has been able to offer since day one,” continued Seesemann. “It truly is THE world championship of karting, bringing together the top drivers from around the world all to one location, and thus why it is called the ‘Olympics of Karting’. Not only does the Challenge provide those tickets, we give back each weekend with raffles that include tires and many other products from our series supporters. I encourage racers who have not experienced a weekend at the Challenge to make sure you compete in at least one of our races in 2017. Once you do, you’ll feel right at home with our friendly staff and positive atmosphere throughout the paddock.”

The Challenge of the Americas will keep the same three tracks for the 2017 program, with two visits to Arizona and finishing up the championship chase in northern California. The Musselman Honda Circuit in Tucson, Arizona is among the most challenging and enjoyable tracks to drive in North America. A replica of the Suzuka kart circuit in Japan, the 3/4-mile course will once again host the opening two rounds. The following month takes competitors to the historic Phoenix Kart Racing Association facility outside Phoenix. At 7/10 of a mile, there is little room for mistakes as it separates the good from the bad. The championships are then decided in ‘wine country’ when COTA travels up to Sonoma to the Simraceway Performance Karting Center. Their ‘National’ circuit provides great racing at all levels with a scenic view for the entire weekend.

Seesemann added, “The three tracks continue to be long term partners with the Challenge. Charlie always makes our racers feel at home when we hit Tucson to open up the season. The PKRA is one of the last remaining organizations to own their facility, and bend over backwards with their volunteers to keep the facility one of the best in the country. Simraceway is the foundation for northern California karting, and has produced some dramatic finishes over the years with the Challenge finale weekend. The racers, our staff and the facilities all make the Challenge what it is today as we enter the 10th season.”