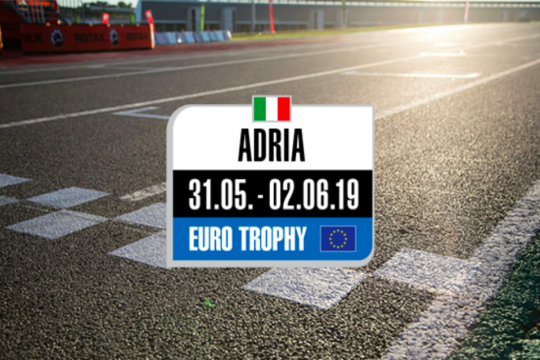 Author: Vroomkart International
Rotax beasts, are you ready? It's time to race in Adria.
The “Open” round of Genk crowned the first winners of the Euro Trophy season, but it didn’t assign point for the championship.

Kris Haanen (Bouvin) and Mike van Vugt (JJ Racing) shared the top step in the Junior MAX finals and van Vugt grabbed also the ticket for the 2019 Grand Finals. Ilian Bruynseeles (Bouvin) won both the races, this already gave him the access to the Grand Finals of Sarno. Also the DD2 had his dominator, it’s Niklas Graenz (42nd Competition) who also grabbed the ticket for the Grand FInals.

But now it’s time to finalize the baggage and go to Adria to race the first round of the series valid for the championship. Will the Open winners repeat the same weekend also at the Adria Karting Raceway?

On Friday 31st will start the Free Practices, while Saturday will be the moment of the Qualifying Practices and Heats. On Sunday will be raced the Finals.