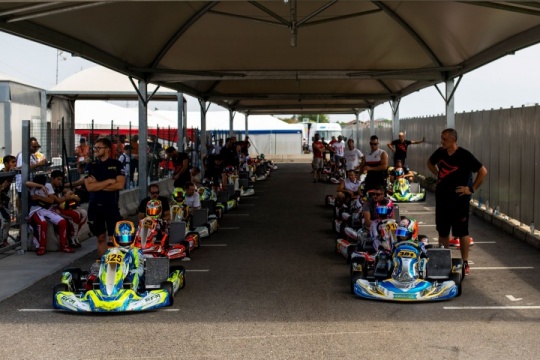 The Dutchman, in fact, was able to recover as many as 8 positions, making the top10 in the final. The result, however, was not a true sign of van Hoepen's potential, immediately second in his qualifying group. It was an accident with an opponent during the second heat that complicated things for him: this caused the driver to lose a lot of positions on the starting grid of the Prefinal.

Laurens van Hoepen, RFM (FA / Vortex): «The weekend was positive in terms of performance, a little less for the result but that accident in the heats ruined my plans a bit. Compared to Sweden, the change of pace was considerable; we hope to continue under this sign.»

Van Hoepen will be able to make his mark soon enough already this Saturday when, at night, Adria will stage the last leg of the WSK Euro Series.