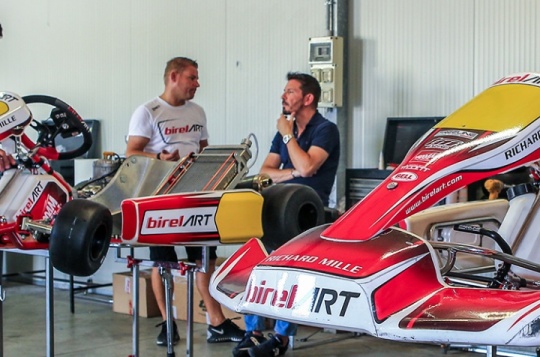 Author: Vroomkart International
Ronni Sala and Davide Forè deny the news of their deal for 2018.
The news that states that Davide Forè will be the new BirelART team manager in 2018 is false, or at least not official.

«I was contacted by Ronni Sala who presented me this opportunity - says Forè - but at the moment I've a contract with Righetti-Ridolfi and it is not exipiring. This news surprised me a lot because I'm bound to this firm since two years ago and we've a really good relationship».

We asked how things are directly to Ronni Sala, who confirmed that he approached the driver from Brescia, but there's nothing already signed between the two parties: «Finished the relationship with Rickard Kaell we're looking forward to find the right person and we contacted several people who can play that role. We will release an official press release as soon as we'll have found the right one».