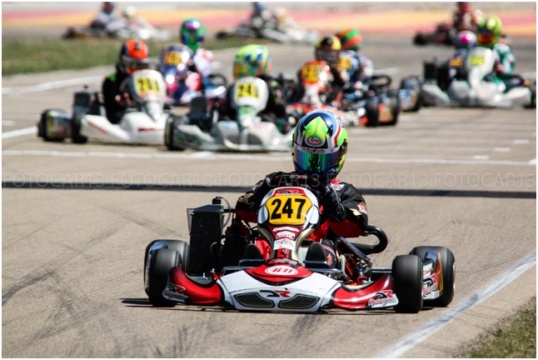 Press Release by: DR Racing Kart
Another DR Kart on top spot: Alejandro Schimpf dominates the Junior class of the Rotax Series at Motorland.
Alejandro Schimpf almost sweeps the Junior class during the second round of the Rotax Series at Motorland on May 1st. In the first final Spanish ace shows the way from first position from for 13 laps, but an engine failure pulls him away of the race. The second race it is Alejandro’s race to lose after he dominates since the word go until the chequered flag.

A very impressive performance for him and for his DR Kart chassis. Next event is at Recas on June 26th, and he seems ready to smash the competition once again.