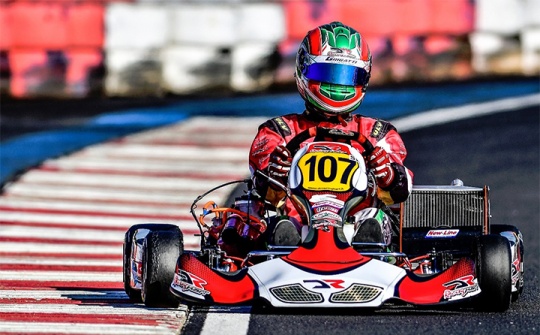 After dominating the early phases of the weekend, Bruno won the first race with 1.6 seconds on the runner up. The second final was another flag to flag win for the Brazilian ace, but this time the second classified was closer to the winner.

“It was a hard weekend, but my Modena Engines powered DR kart was simply perfect and the team did a great job! I’d like to thank my team, my friends and guys from DR and Modena Engines for the support.” commented Bruno.