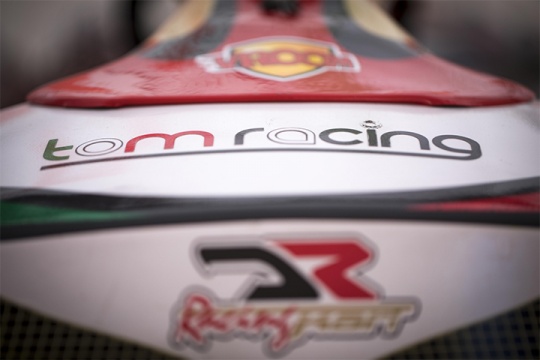 Press Release by: DR Racing Kart
The third trial of the regional Championship of Sicilian karting was held on April 2nd on the international racetrack of Triscina (TP). It was the third trial of the Rotax “Southern area” competition.
The Tomracing team took place in the event by lining up its pilots from Catania: Puglisi in the 125 Rotax Max and Gatto in the 125 Rotax DD2.

Michele Puglisi, regional defending champion of this series, asserted himself already in the timed test laps and managed to gain important points for the ongoing championship, both in the pre-final and in the final.

Davide Gatto made his debut in the 125 Rotax DD2 after a one-year break from races. He made it to the qualifications, the pre-final and the final as well.

Despite the bad weather conditions, the two pilots collected were highly successful in the various stages of the race.

Next appointment of the series will be held on “Kinisia”, the circuit of Trapani, on May 6th and 7th.