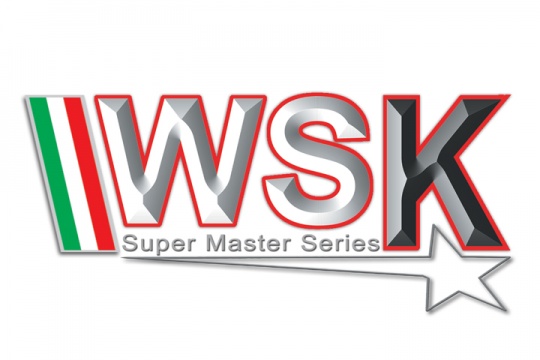 Press Release by: WSK Master Series
THE 7 LAGHI CIRCUIT HOSTS THE WSK SUPER MASTER SERIES.
FROM THURSDAY 3rd TO SUNDAY 6th MARCH, ALL THE MAJOR INTERNATIONAL TEAMS OF INTERNATIONAL KARTING WILL CHALLENGE EACH OTHER IN CASTELLETTO DI BRANDUZZO (PAVIA, I).

The new season of international karting has just started and the next battles will be fought on the circuit in Castelletto di Branduzzo (PV) in the opening event of the WSK Super Master Series. The Series promoted by WSK Promotion has got four rounds in schedule; the seasonopener will be hosted by the 7 Laghi International Circuit, a facility which is one of the reference points for Motorsport in northern Italy, where the WSK events have been usually hosted in the last Seasons. The other rounds in schedule are Sarno (Salerno) on 20th March, Muro Leccese (Lecce) on 3rd April and Adria (Rovigo) on 22nd May.

THE RACES IN CASTELLETTO LIVE IN STREAMING.

The international teams have already prepared their tecnical structures in the paddock along the 1,256 metres of the track which lies right in the middle of the many natural lakes the facility is named after. On Thursday 3rd the first challenges for the free practice. On Friday 4th it will be time for qualifying and then, on Saturday 5th, the heats which will establish the starting grids of Sunday’s final phase. The Prefinals and the Finals of Sunday 6th will be available live in streaming on the official website wsk.it.

220 DRIVERS IN CASTELLETTO WITH ALL THE WORLD

220 entrants to the WSK event next weekend and, among them, all the 2015 World Champions, eager to get their payback after the WSK Champions Cup, which took place at the beginning of February at the circuit of Adria. The KZ World Champion Jorrit Pex (CRG-Vortex-Vega) aims at beating the Italian Paolo De Conto (CRG-Maxter-Vega), who won at the Adria Karting Raceway. And, to make the KZ races even more intriguing, there will be the drivers of the KZ2: the category, in fact, will run in combination with the KZ but with a separate standings. In the OK categories many expectations from some of the protagonists such as the Polish Karol Basz (Kosmic-Vortex-Vega), KF World Champion, and the American Logan Sargeant (FA KartVortex-Vega), winner of the KFJ world title: their challenge is going to be heated after Sargeant’s victory in the first 2016 WSK event. Many battles expected also in the 60 Mini, with the Italian Michael Paparo (IP KartingTM-Vega), eager to win again after the success achieved in the WSK Champions Cup. Same ambition for the English Kiern Jewiss (Ricciardo Kart-Parilla-Vega), who races in OK Junior, another “crowded” category of this first part of the 2016 season.