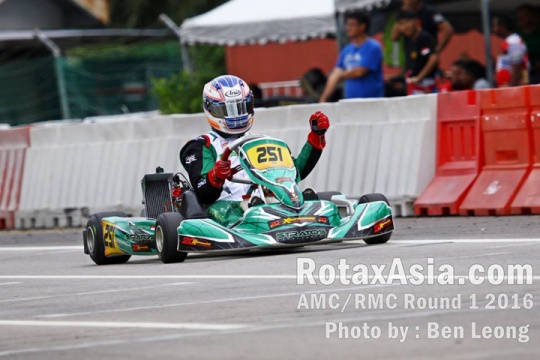 Author: Vroomkart International
The first round of the Rotax Max Asia & Malasya Challenge went on stage at Sepang with 74 drivers divided in four categories.
The first round of the six foresee for the Rotax Asia & Malasya Challenge has been held at Sepang Karting in Malaysia, and it has seen drivers divided into four categories. The appointment is settled for the AMC round 2 at Elite Speedway on 3rd of April.

Within the Micromax class Shahan Ali has been leading the race until Oscar Ng made his move on the last lap in the last corner, cossing the line in first position. Third place for the Chinese driver Xu Zhenhe. Thanks to the victory in the final, and his third place in the prefinal, Oscar Ng is leading the championship with 87 points.

After a fifth place in the prefinal race Prassetyo Hardja won the final race, but he did it overtaking under yellow flag. The Indian driver has been penalized and handled down. The victory was assigned to Muhammad Amirul Haikal who concluded the race ahead of Kane Shepherd and Arsh Johany. With two second place, Kane Shepherd is the leader of the AMC Junior championship.

Silvano Christian started well and gained a good gap, enough to take home the victory. Donison looked like going to settled for second position but Darryl Wenas from the fourth place forced his pace passing his team mate after a few tries and then passed Donison and took the runner up place. The first three positions were the same in the prefinal race and, obviusly, are the same in the championship.

After an unlucky Invitational final, Senna confirmed his talent shown last year winning both prefinal and final races in this AMC Round 1. Second place in the final for Riki Tanioka, who won also the Master classification, ahead of Rahul Raj Mayer who completed the podium. Lung Nien finished first for the veteran despite being handed 10 seconds penalty. 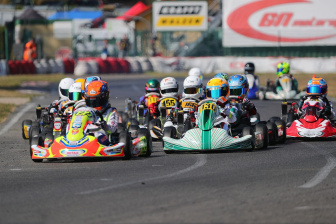