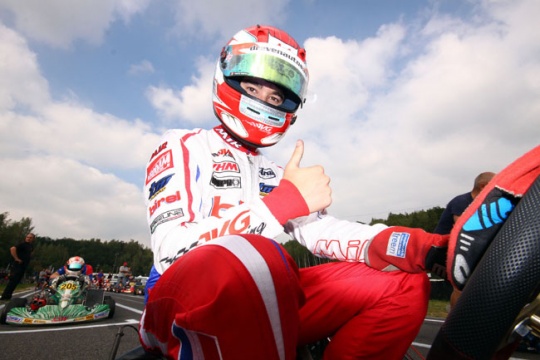 Press Release by: DKM
Everyone can look forward to an exciting DKM season in 2015 again. A couple of top-class drivers have confirmed their participation already.
The DKM is among the biggest racing series in Europe and has continued to successfully develop over the past few years. This trend is continuing in 2015. The organizational team is still working on the concept of the Championship and is providing a good platform once again. The drivers can count on a permanent organizational team, a so far unique race-control as well as an extensive video-stream including up to 16 hours of live footage on racing weekends.
The first participants signed up for the three grade series early on and are making for a top-class field of participants. The closing date for registration for the DKM is March 20th. “All drivers who haven’t sent their official registration to the DMSB yet should do so until March 20th. This way they can save a raised fee of 200 Euros. This also applies for the drivers who are already on the list of participants, but haven’t sent their official registration yet”, series coordinator Stefan Wagner explains.
The DKM is going to start at the first weekend in May at the Prokart Raceland Wackersdorf. All in all the highest German kart racing series includes five races on tracks in Germany and Belgium.
Dates 2015:
May 1st-3rd 2015 – Wackersdorf
June 12th-14th 2015 – Genk (Belgium)
July 31st – August 2nd 2015 – Ampfing
September 4th – 6th 2015 – Oschersleben
October 2nd – 4th 2015 – Kerpen