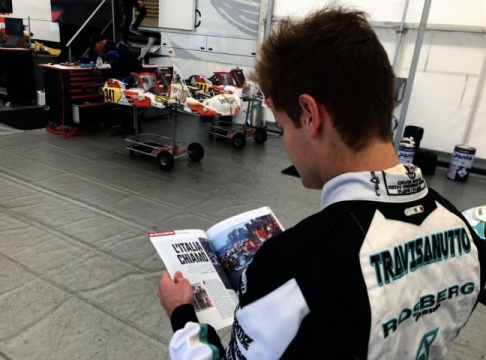 Author: Vroomkart International
Travisanutto joins'HTP-Kart Team for 2019.
Lorenzo Travisanutto and Rosberg Racing split up for next season, as the current world champion has chosen to join the HTP-Kart Team.

Travisanutto is already known by the Christian Voß's team, with whom he had competed at the Castelletto di Branduzzo round of the Iame X30 Euro Series.

These are the duo's programs in 2019: the WSK Promotion races, the FIA Karting events, some stages of the DKM and the Iame X30 Euro Series.

Not just karts, however, as the agreement also provides an option for some tests with the GT3 / 4 AMG.

For the German team the arrival of Travisanutto is a great opportunity to launch itself in the spotlight of international karting, after the successes in the single brand Iame.