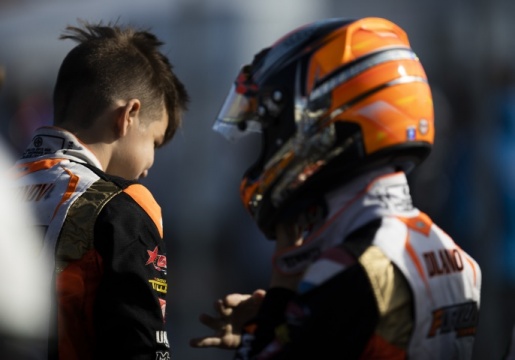 Press Release by: Forza Racing
Another important racing weekend for Forza Racing in Le Mans.
After the CIK FIA World Championship in Sweden, Forza Racing is ready to fight in the Iame International Final, which will take place this weekend in Le Mans.  The team will present itself at the French circuit with an eye on the ranking's upper levels in the Junior and Super categories.

The single-brand system, with similar Iame engines for everyone in each category and the Komet tires, is an important challenge for the Forza Racing drivers involved in the competition, for which it will be necessary to adapt immediately in order to aim for an important result.

Jamie Croxford, Founder: «It is a great opportunity for the Junior drivers that have been pushed to the extreme levels in OKJ this season, taking a very steep learning curve, so it is a great event with no pressure or expectation for the guys to express themselves off the back of the development from the season so far in OKJ.»

The Official Tests are scheduled to start on Wednesday 10th, followed by the Heats that will continue until Saturday 13. On Sunday 14, the Pre-Finals and Finals.