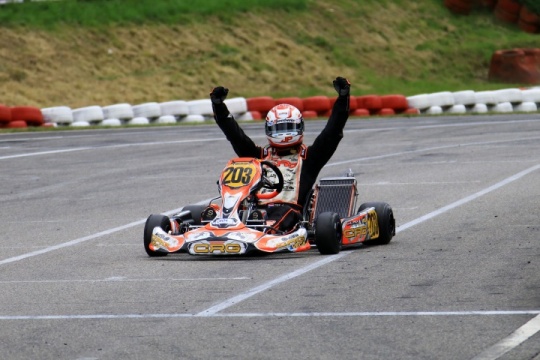 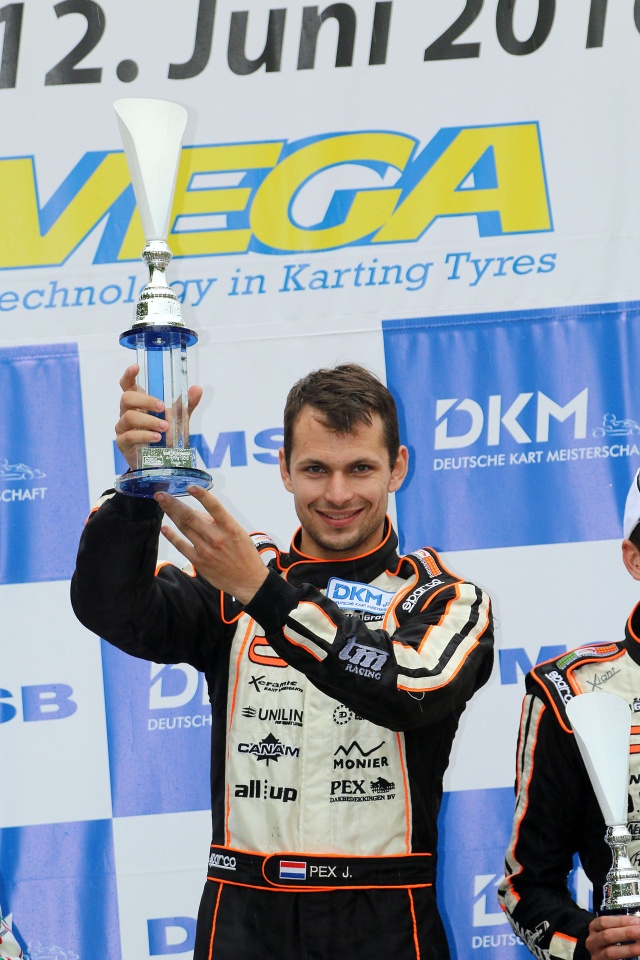 The Dutch driver of CRG Holland Jorrit Pex confirmed his KZ2 classification lead in Ampfing, being the first at the flag of the 46 drivers on track in race-2 and fourth in race-1. The reigning world champion and winner of four German Championship titles from 2011 to 2014 Jorrit Pex strengthened his classification lead obtained thanks also to the victory and the second place scored in Wackersdorf, reaching level 101 points and enjoying a 30 points advantage on the closest rival.

Paolo De Conto, on track with team Renda Motorsport on CRG-Maxter, has also put in a great performance. The Italian driver was fifth in race-1 and third on the podium of race-2, getting some ground back in the classification and gaining the fifth place at 48 points.

Among the front runners, the young Dutch driver Stan Pex was eighth in race-1, while the Swede Benjamin Tornqvist Persson ended tenth in race-1 and sixth in race-2, on CRG-Tm. Fabian Federer, on CRG-Modena, was 15th in race-1 but had to retire from race-2. 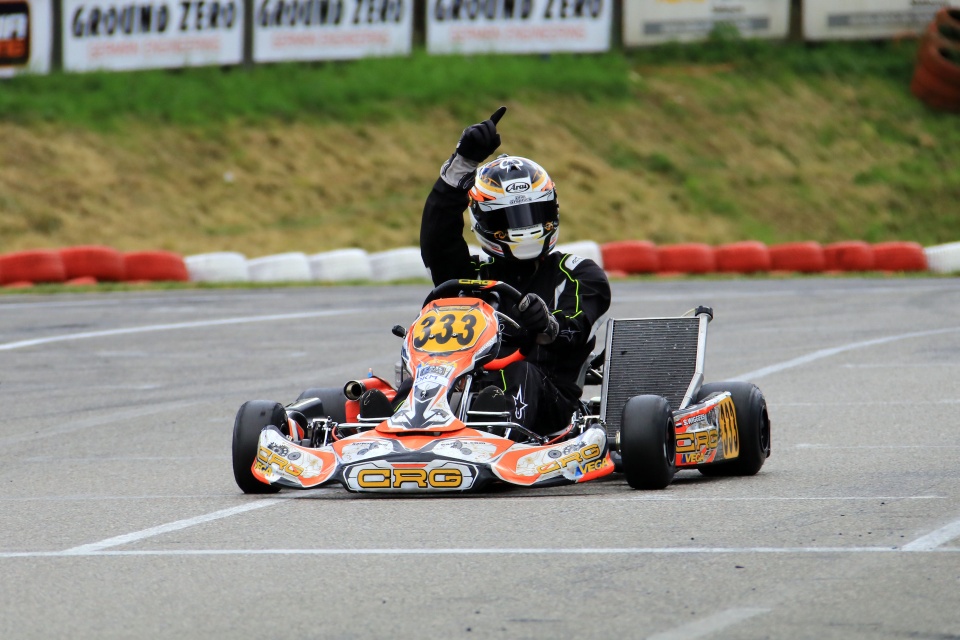 The Dutch driver Symen Wiggers, on CRG-Tm run by CRG Holland, claimed a stunning double win in category KZ2 of DMSB Shifterkart Cup, that had 34 drivers at the start.  He was joined on the podium of race-1 by the other Dutch driver of CRG Holland Jeroen Bos who was third, leading team mate Max Weering. The latter was fourth in race-2 leading Max Tubben, who had dominated the round of Wackersdorf with CRG Holland. Wiggers is now leading the championship at 84 points and is followed by Tubben at 77. 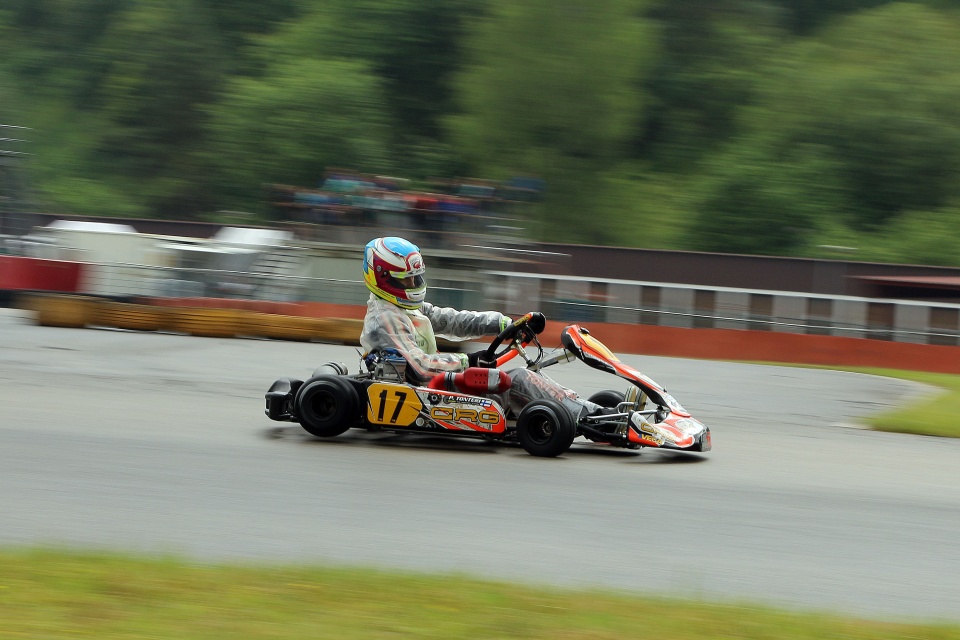 Category OK had 17 drivers on track and the Finn Paavo Tonteri got on the podium of the first final thanks to a precious third place that followed his victory in qualifying heats, on CRG-Iame run by CRG TB Racing Team. Tonteri confirmed his speed in the second final securing a fourth place that allowed him to strengthen his classification lead after the victory and the third place scored in Wackersdorf. 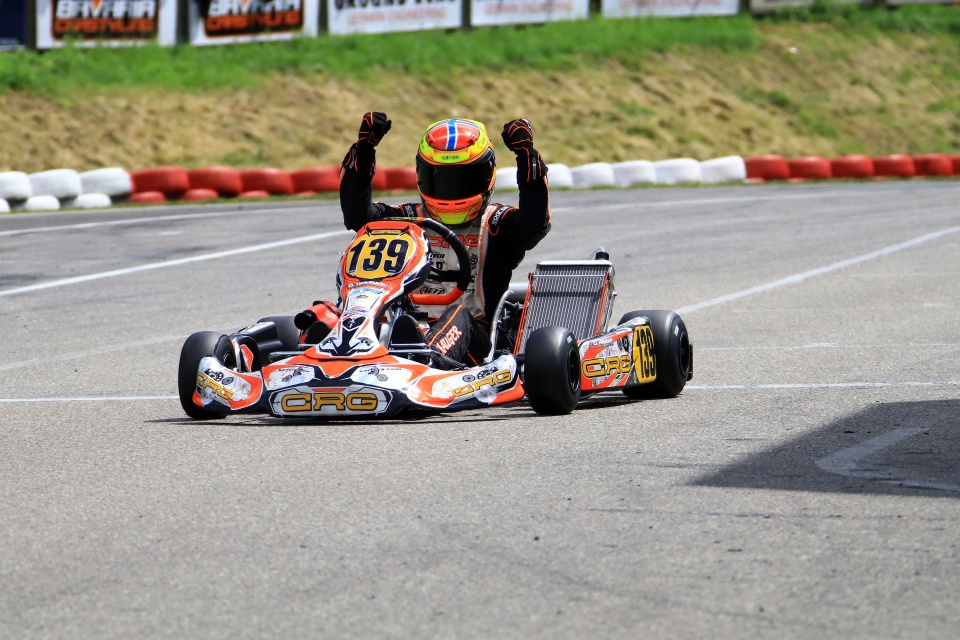 Dennis Hauger obtained an exceptional result in OK Junior, category that had 44 drivers at the start. He started off with a very unlucky qualifying ended in P32, before putting in a stunning comeback weekend. The Norwegian driver of CRG Holland on CRG-Iame, at his first year in Junior, proved his quality also in this category after being among the main protagonists of 60 Mini in the past. In Ampfing Hauger recovered from the difficult start of the weekend, due to the rain falling when he was pushing to post his qualification time. Hauger climbed all the way to P4 in the heats, took the podium with the third place in the first final and then claimed the victory in the second final at the end of a good race that saw him unquestioned winner. Hauger secured in this way the maiden win in the category that will certainly be the first of a long series by the look of his recent brilliant performances in the CIK-FIA European Championship. Thanks to the double podium scored in Ampfing and the podium in Wackersdorf, Hauger is currently second in the classification 34 points short of the leader.

The next rounds of the German Championship: