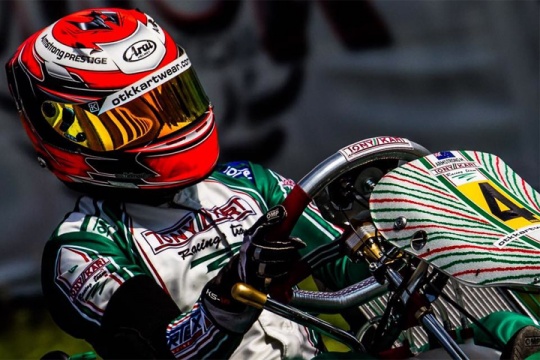 Press Release by: KartSport New Zealand
Kiwi kart ace Marcus Armstrong gets another chance to shine this weekend as the WSK Super Master Series heads to one of Italy's most storied kart circuits - La Conca in Italy's far south-east.
The 15-year-old finished 12th in his debut at the World KF championship final at La Conca in September last year and returns this year as one of the quickest new faces in the premier KZ class.

La Conca has a reputation as one of the toughest tracks on the WSK Super Master Series tour and Armstrong says it is well deserved.

"It was hard enough in KF, let alone KZ," he said last night. " The track is the grippiest on the calendar and very challenging, physically. Typically our Tony Karts work well on this track though and our test last week was positive so we'll see how the weekend unfolds."

The four-round WSK series attracts all the top professional teams in Europe and gives drivers like Armstrong and Tony Kart team leader, three-time World Champion Marco Ardigo, a chance to get their eye in for the three-round CIK-FIA European Championships and single round CIK-FIA World KZ Championship meeting later in the year.