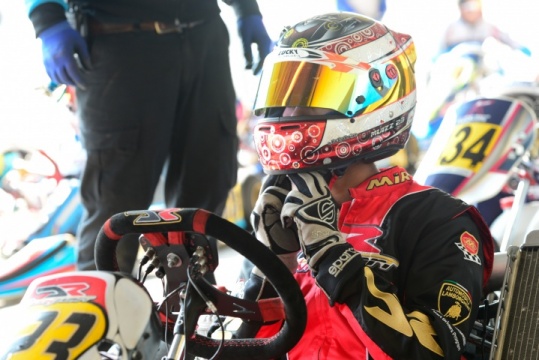 Press Release by: DR Racing Kart
Sant'Agata based factory launches its Kart Drivers Program in partnership with DR Racing to search GT drivers of the future.

As said many times, young drivers should not focus their careers only to open wheeler categories. An Italian manufacturer, Lamborghini, gives karters another path for their careers in the GT3 class, which is expanding globally. The company is investing a lot of resources in this category and it creates the Kart Drivers Program which represents a further step to the existing Young Drivers Program, Formula Junior Program and GT3 Junior Program. Their driver development path from karting to the most important GT competitions worldwide, will be fully supported by Lamborghini Squadra Corse.

Lamborghini Squadra Corse has partnered with DR Racing Kart, a team founded by five-times kart world champion Danilo Rossi who, with his team, is engaged in all aspects of the karting world: from design and production of kart frames, through to commitments on track in the most important international series such as WSK and CIK-FIA European and World championships, in the OK Junior (for ages 12 and up) and KZ2 (from  15 years and up) categories.

The goal of Lamborghini Squadra Corse is to identify the most talented young drivers, offering them the opportunity to become part of the most advanced driver programs and climbing each step that Lamborghini’s motorsport department has established since 2014: from the world of karting with the Kart Drivers Program to a training category such as F4 with the Formula Junior Program, which currently operates in Japan.

Giorgio Sanna, Head of Motorsport of Automobili Lamborghini, commented on this new initiative: “The Kart Drivers Program is another milestone in our training programs for youngsters, which aim to select the best drivers who decide to invest in our motorsport programs to further their racing careers. Every young driver has the ambition to reach the pinnacle of the open-wheel Formula, but the GT world is a solid alternative to becoming a professional racing driver. Lamborghini Squadra Corse wants to help the most deserving youngsters in achieving this dream.”