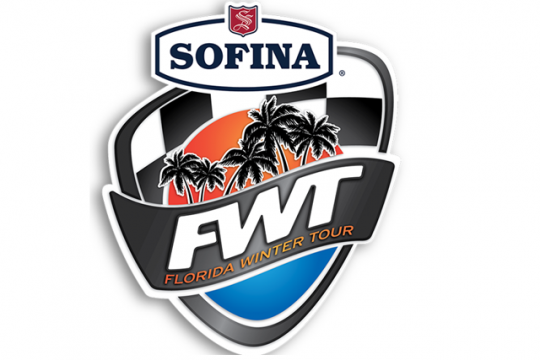 Press Release by: MAXSPEED GROUP INC.
“Rotax MAX Challenge drivers set for Round #2”
February 18, 2016 – The Sofina Foods Florida Winter Tour Presented by Fikse Wheels carries on at Ocala Gran Prix, with Rotax MAX Challenge classes competing at the famed racetrack. Located in the north of Florida, Ocala Gran Prix has historically been the final race of the tour, with many of the championships being decided at the final turn of this high-speed and demanding course. In 2016, Ocala Gran Prix is host to the second round, setting up epic championship battles to come in March’s finale.
AM Engines Rotax Micro MAX is the youngest Rotax category present at the Florida Winter Tour but is a huge hit among the crowds, due to its high number of position changes. Rafael Camara led in Homestead until the final turn where Josh Pierson overtook the AM Engines racer. Camara will be aiming to return to the front to score the win he missed out on in in the first round.
In PSL Karting Rotax Mini MAX Jeremy Fairbairn will also look to lead the pack to the finish line and is determined to extend his championship lead as the series heads to his home circuit. Matheus Morgatto is certain to be hot on his heels, as is the entire field of talented Mini pilots.
Koene USA Rotax Junior MAX is promising to be another showdown between Arthur Leist and Michael d’Orlando. Performing strongly in ROK and Rotax classes.  d’Orlando is one of the favorites for this upcoming weekend, but will have to find an advantage over the formidable and talented Arthur Leist. Ryan MacDermid can’t be left out of the mix, as he enters the Ocala round the Junior points leader after taking the opening round win.
Jordon Lennox in Rolison Performance Rotax Senior MAX will face a challenging weekend as Ocala Gran Prix driver Kyle Kirkwood showed immense speed from the first Rotax round and the Ocala ROK event thus far.
Oliver Askew made his Mojo Tires Rotax DD2 MAX debut in Homestead with an impressive performance, chasing down Mercedes DTM driver Robert Wickens. Wickens displayed top-notch race craft and held off Askew in Homestead, but with Askew’s speed and experience at Ocala, he will surely be a force to be reckoned with.
Mojo Tires Rotax DD2 MAX Masters saw Chilean driver Christian Cornejo win his first North American race in Homestead. Cornejo drove consistently and calmly as he overtook previous champion Luis Schiavo. Cornejo is poised to continue with his remarkable speed, while Schiavo will need to create an advantage to catch the Praga driver.
Falcone GP Rotax Masters MAX was an ambitious attempt from Christophe Adams as he competed in both the DD2 Masters and Masters classes in Homestead. His endurance paid off however, scoring the win in the Masters and third position in DD2.
Official timed qualifying begins on Friday afternoon, with heat races running through Saturday with finals on Sunday. Catch all the action live starting Friday at http://bit.ly/1mDVTsQ and at Motorsport.com.
About MAXSpeed Entertainment:
MAXSpeed Entertainment is the largest karting race promotion company in the world. Operating two high level, national karting race series, the Sofina Foods Florida Winter Tour presented Fikse Wheels and the Sofina Foods US Open Presented by Fikse Wheels, MAXSpeed Entertainment also promotes the annual Sofina Foods United States Rotax MAX Challenge Grand Nationals Presented by Fikse Wheels.
Web:           www.MAXSpeedEntertainment.com
Facebook:  Facebook.com/GoRotax, Facebook.com/FloridaWinterTour
Twitter:       @GoRotax, @FloridaWinterTour
Instagram:  @MAXSpeedGroup, @FloridaWinterTour