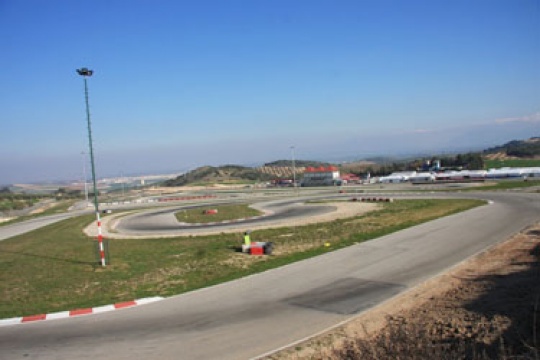 Campillos, SPAIN: 11 February, 2011
Brilliant sunshine has broken the icy European winter as the season opener on the RGMMC race calendar gets underway this weekend in the south of Spain at the picturesque Karting Campillos circuit. This will be the 3rd annual Rotax Winter Cup in as many years, all of which have been hosted by the Spanish venue which provides one of the most ideal locations for pre-season testing as well.

As organisers and promoters of the prominent Rotax Euro Challenge now in its eighth season, RGMMC Establishment are pleased to see almost 100 drivers turn out to compete in the three Rotax classes being contested over the next days, which sees more than 20 nations represented. Managing director Roland Geidel emphasized that the Winter Cup competitors come from around the world to find the best level of racing in the Rotax categories they can, knowing it’s the perfect way to get up to speed in the lead-up to the new season.

“Since RGMMC introduced the Rotax Winter Cup three years ago, it has continued to be a very welcome ice-breaker from the off-season in Europe, where both teams and drivers alike make the most of having this fantastic opportunity to do some valuable testing in sunny Spain. The circuit and facilities offered by Karting Campillos enhance this popular international event, not to mention turning on the weather everyone else wishes they had this week to go racing! We’re pleased to see many new drivers joining RGMMC’s entry list, obviously looking to be part of our very competitive international line-up. It’s an excellent way to start 2011.”

With in excess of €40,000 worth of free entries for the 2011 Rotax Euro Challenge series amongst the sort-after podium prizes this weekend, it’s easy to understand why competitors have travelled from as far as Canada, South Africa, the United Kingdom, Belarus and Russia to participate. The 1588m Campillos track is considered as a more technically challenging circuit that is a combination of long straights and hairpin corners set on a sloping hillside in the scenic Andalusia region, close to Malaga on the sun-drenched Mediterranean coast.

The Senior Max class features a clash of the titans, as current Rotax World number three Ferenc Kancsár at just 15 years of age faces new IFR team mate Mats van den Brand as the 2010 European number three, together with recently crowned British champion Tom Fawcett also making a change in teams to wear the colours of Birel, while former World Max winner Ricardo Romkema makes a comeback to Rotax as a possible challenger. There’s a seriously strong contingent of the younger senior drivers as well who graced the podium during the past year in the European championship all looking to claim the Winter Cup title and the glory in Spain.

In Juniors, local Alexis Araujo hopes to take pole position as he has before in the event, but the likes of Dutch champ Dave Blom, Euro Challenge standout Philip Morin of Sweden, and the Protrain Racing duo of Alessandro Latif and Kaan Onder are all likely contenders who are setting some impressive times already in the free practice sessions at Campillos. Always unknown at the beginning of every season is the talent of the RGMMC newcomers moving up from Mini Max or making their debut as a junior in international racing, but with practically a full grid of starters, it’s going to be interesting when the racing action kicks off.

The 2-speed Rotax DD2 class turned on some of the closest rivalry during the previous season and is expected to prove once again that the quickest field on the circuit won’t disappoint. European number 5 and one of the front-runners at the 2010 Rotax Grand Finals in Italy, Simas Juodvirsis, outdrove the competition when the Lithuanian first appeared at the Euro round in Wackersdorf. However, one of his biggest challenges at the series decider in Genk came from local Belgian driver Xen De Ruwe, who went on to win the first ever Rotax International at Zuera the following month. Masters world number one Christophe Adams will be another contender, not to mention Danish champion Dennis Ladefoged and Swiss hotshot Kevin Ludi.

RGMMC.com is where race fans can follow the link to the live timing online with trackside live commentary starting from Friday, February 11 through to the conclusion of Sunday’s finals.

Saturday
9:00am – Morning warm up before qualifying heats (x 3) for each class


Photo – Karting Campillos circuit
Open practice began Wednesday, as the drivers made the most of the warm, sunny conditions for some ideal testing in the lead up to Friday’s qualifying


Hi-res photos are available on the official RGMMC Media Photo Gallery at www.rgmmc.com for registered media.
Should you have any specific requests for photos to accompany your RGMMC event coverage, please contact me direct at – jenni@rgmmc.com

Complete results from Friday’s pre-qualifying practice, through to the finals Sunday is available for download in PDF format by following the RGMMC LIVE TIMING link at www.rgmmc.com then by selecting “download results”. 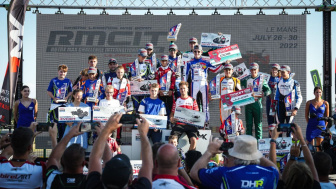