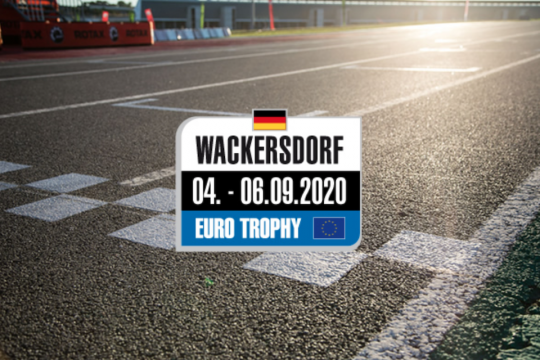 Author: Vroomkart International
The second round of the Rotax MAX Challenge Euro Trophy gave to Rotax fans a big show. The weather didn’t influence the races as in Genk, where the rain changed the cards several times.
Rillaerts (Junior) won both the Finals and the overall classification, same as Kimber (Senior). Przybylak and Breitenbach won the Finals in DD2, while Pesevski had a 1-2 result in DD2 Masters. The Italian Stifter is the overall winner of the DEKM round 2.

Eliska Babickova (Tepz) was the Junior best place driver after the Heats. Another girls shined in the Senior Heats, she’s Mathilda Olsson (Strawberry) who won the championship last year. The Polish Sebastian Janczewski won 2 out 3 heats in DD2 and this gave him to start first in Final 1. Robert Pesevski was unbeatable in DD2 Masters.

Senior MAX - Mark Kimber (Strawberry), Lachlan Robinson (KR Sport), Mathilda Olsson (Strawberry): this was the podium in the overall classification and also in Final 1 and 2.