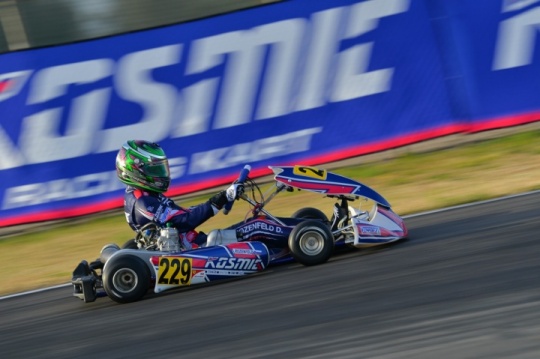 The last round of 2019 WSK Super Master Series will take place this weekend at the International Circuit of Napoli in Sarno, from 21stto 24thof March.
In OKJAxel Malja, Andrey Zhivnov and Alexander Gubenko once again will represent the team aiming for podiums this weekend, like Zhivnov has made in the second round, when he had gained a second place in the prefinal and a third in the final.
Axel Bengtsson and Paul Evrard are back in the race track to compete in the KZ2 category once again. Both drivers already showed their convincing and constant performances last time in Lonato, with good recoveries during the final. Now they are ready to improve once again their performances.
The Russian David Rozenfled will be representing our colors in the OK class, where he was able to obtain a third place in the prefinal during the first round.
David, like all our driver, will get on the track wioth Kosmic Lynx R chassis powered by Vortex
You will be able to follow live stream the prefinals and finals this Sunday in the official WSK website www.wskarting.com.