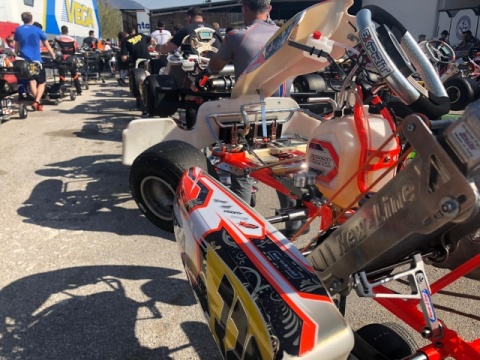 KZ2 - Camplese set the best time, stopping the clock at 56.402, slightly faster than Marco Ardigò (Tony Kart / Vortex) and Giuseppe Palomba (Croc / TM). 4th was Giacomo Pollini on Formula K / TM of the NGM team. These are the drivers on pole in the 4 groups.