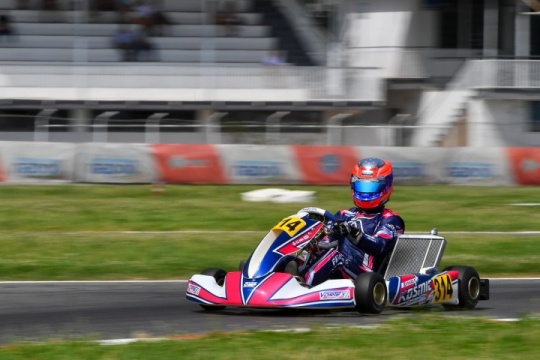 Press Release by: Kosmic Kart RT
The Kosmic Kart Racing Department will be present at the third round of the WSK Euro Series at the South Garda Karting, where we will fight to obtain results in line with the performances shown so far.
The third round of WSK Euro Series will take place in Lonato this weekend and, for the occasion, the Kosmic Kart Racing Department will line up its drivers in three categories: KZ2, OK and OKJ. All our drivers will try to put to good use the good performances shown on every occasion by the Kosmic Mercury R chassis powered by Vortex with important results.

In KZ2, on the second and last round of the 2019 championship in Lonato, our standard-bearerPaul Evrardwill try to do well and reach the speed already shown on several occasions, trying to bring home the best possible result to end the championship with a flourish.

For the direct-drive categories, in OKJ Andrey Zhivnov, Axel Malja and Alexander Gubenko (who recently carried out a brilliant comeback during the previous round of the FIA Karting Academy Trophy, gaining the fifth place with best lap) aim at confirming the good results obtained in the European Championship, where they fought for top positions. Ruiqui Liu, a new entry and a young Chinese kart driver of promise, will also take part in this race.

In OK our standard-bearers will be David Rozenfeld and Nicolas Pino, on the right track to constantly fight with the group of the best. 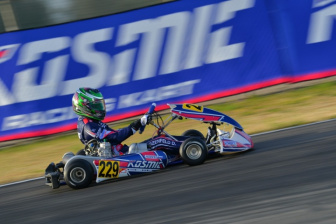