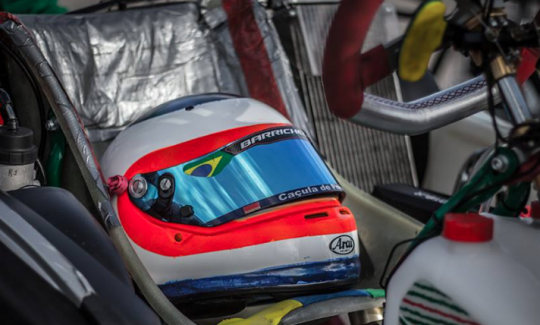 Rubens’ first throwback to karting was in 2008, when he won the Desafio Internacional das Estrelas, and last year ended in fourth place with Birel ART (starting from the second half of the group) in the Rotax Max Challenge Grand Finals (DD2) in Portimao, and he dominated the 2016 edition of the IRMC South America by winning the Final, Pre-final, all the heats and achieving the pole position.

“I am delighted to have accepted the invitation of the Chairman Ronni Sala and my great friend Jordon Lennox-Lamb to become part of this great team” commented the driver “At forty-four years of age, I never thought of competing in a karting championship and when I told my children, they were very enthusiastic. I am very much looking forward to racing, also because when I was young I did not have many chances to compete in international races. It’s a great dream which is about to come true: I’m training a lot and my commitment is 100%, just like on the eve of a Formula One Grand Prix.”