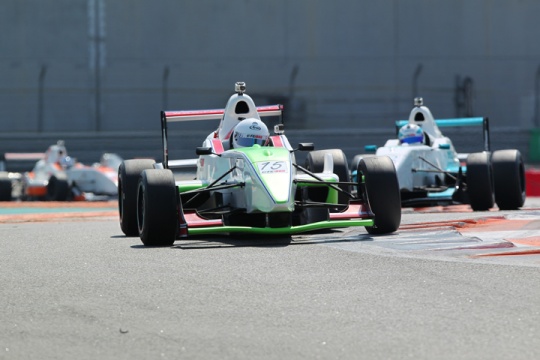 Author: Vroomkart International
The step from karting to single seaters is crucial for both drivers and their family’s finance. What to do with a small budget before stepping into car racing? Here is a tip…
During winter, teams and drivers plan their next season and those who have a clear idea of what to do usually spend this time training like crazy. The step for young karters who want to pass to car racing is enormous and they have to be well trained so as not to waste their time and money.

The first thing is: where should they race? The FIA provides an answer to this question: Formula 4. They set up and developed this class for kart drivers who want to step into car racing, so this could be the best way. Formula 4 championships are well organized and have to be approved by the FIA to be officially called “F.4”. Therefore, it is a good competition level wherever they are held, but there is a snag: it’s a monopoly. It has killed off many lower cost single seater championships, and most families can’t afford a full program in F.4, which includes long sessions of winter testing and all those activities related to a development program for young drivers (physical and mental training, driver coaching and PR support).

Driving is a question of training and practice, but motorsport training can be very expensive. Let’s assume that your son or daughter is a talented driver, but you don’t have enough money for a full single seater program with a good team. What can you do? You have to choose your path carefully. One of the most common mistakes is to spend all of your budget at the beginning: and run out of money before he or she has enough experience to show their skill.

Going step by step is the best solution and Formula Gulf Academy (www.FormulaGulf.Academy) provides everything you need to pass into car racing without spending all of your money during winter. The main aim of the Academy is to offer drivers a comprehensive education while preparing them for a career in motorsport.

Formula Gulf Academy is the only winter driver development program in the world that offers young drivers an opportunity to acquire key skills and race experience necessary to be able to compete in the most important single seater championships. The season kicks off in October with the first official two-day test at Yas Marina, on the full GP circuit in Abu Dhabi. There drivers will do fitness assessments, seat fittings, media and technical lectures and, of course, plenty of track time (about 300km). There are then race events in November and December on two different circuits at the Dubai Autodrome before the Christmas break. The year 2017 will kick off with a mid season test event in January before the last events in Dubai inFebruary and then back to Abu Dhabi in March.

Formula Gulf’s single seaters are from the ex-Van Dieman Ralph Firman-Dave Baldwin stable, which are lighter (405 kgs),more powerful (180 bhp), have better aero and sound much better (12,400 rpm) than any F.4 car. The cars are identical for all the drivers with the same set up provided by the organisers, so it’s all about the driver. The parents all pay the same fee and there is no opportunity to get further if you have more money, no extra testing and no extra tyres are allowed – this provides a completely 'level playing field' which is rare in motorsport. 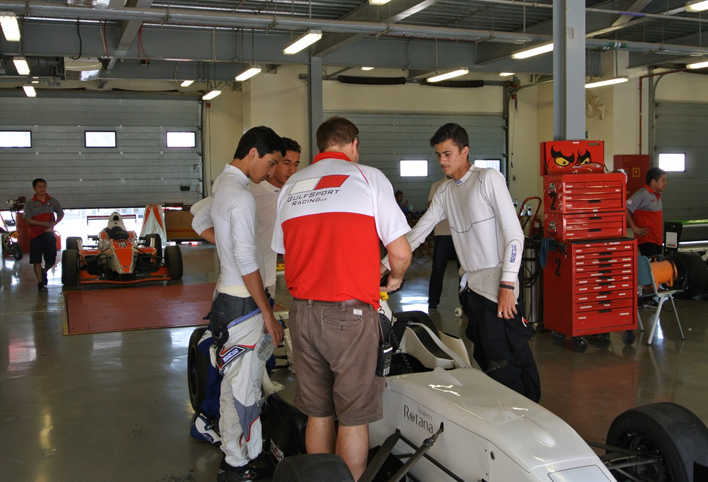 At just over 50,000 dollars, the Formula Gulf Academy and Championship offers 1,800 kms of testing and racing at 6 x two-day events in Dubai and Abu Dhabi: it includes professional coaching, the cost of the driver’s flights from Europe and uses shared data, but also offers a scholarship fund and an F.3 test with Campos Racing. The winner of the Academy will get a 20,000-dollar scholarship towards their next step, while second overall gets to test with Campos Racing (partner of the Academy) in Valencia in one of their F.3 cars, and third place gets an all expenses paid trip to Le Mans with Academy partner Gulf Oil International Porsche. The Formula Gulf Academy is a recognised Competition Driving School so it can take drivers from the age of 15 with just a National car license from their home country.

An exclusive and cost effective testing and racing program limited to seven drivers, where each student benefits from one-to-one coaching from a top professional driver coach. An experienced staff of people will take care of these talented drivers taking them through to professional racing: over the last 5 seasons, GulfSport have trained 47 drivers from 21 countries, some of whom have moved successfully onto F.4, F.3, EuroFormula Open, Indi Lights, Junior WRC, RX Lites, Formula Renault 2.0 and Porsche Carrera Cup.

The partnership with Campos Racing and Gulf Oil International helps to provide all it takes to step into car racing with the right network of contacts without wasting any money.