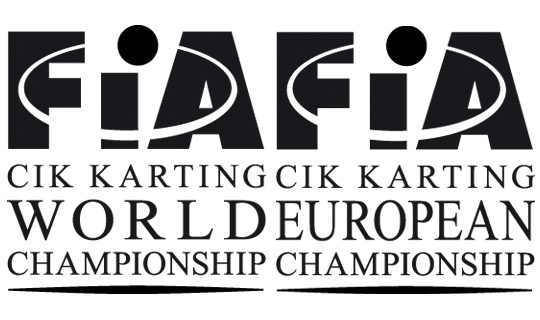 The CIK-FIA World and European championships in their new version designed by WSK Promotion are approaching fast. The two championships will take place within a two months' span each, from May to November.
Entries for the CIK-FIA Championships are open with an online procedure on the website: http://www.cikfia.com/competitions/entry-form.html

A new season for the CIK-FIA Championships.
2013 Season is totally new for the CIK-FIA championships, which are ready to start in the brand-new version designed by WSK promotion. The first season ever organized by an independent promoter is ready to make its debut in two months' time on the German circuit of Wackersdorf. There are eight events in schedule and they are all the rounds of the European and World Championships of CIK-FIA.

A title in two rounds.
In the race towards the world titles, each category will run in two events with the exception of the KZ category, which will give the title in a single round concurrent with the CIK-FIA International KZ2 Super Cup. The championships range from Europe to the Middle East, running through seven different countries.

All starts in Europe.
The calendar of the World championship is divided into two separated parts. Each part lasts two months: the four international categories KF, KF Junior, KZ and KZ2 will run from May to July for the European titles; then, from September to November, the World Title. The European championship starts in Germany on 19th  May with the first round reserved to the KZ and KZ2 categories. The second and last round is scheduled on the circuit of Genk in Belgium. The European race for the KF and KF Junior, on the other hand, starts on the the Spanish circuit of Alcaniz, on 16th June and finishes in Italy, in Ortona, on 21st July.

Between these two events, there is the KZ World Championship. It will be run in a single round together with the CIK-FIA KZ2 International Super Cup, in schedule on 22nd September  in Varennes, France. Finally, the top event of 2013 will be celebrated in Sakhir, Bahrain,  where KF and KF Junior will finish their race towards the title.

Entries  are open.
Entries for the 2013 CIK-FIA championships are open and it is possible to apply online on the CIK-FIA official website. The link is http://www.cikfia.com/competitions/entry-form.html.

Forthcoming news.
The promotion of the CIK-FIA championships is now in full swing, right before the light for the beginning of the season is turning green. WSK Promotion will soon communicate important news which will make even richer the calendar of the world championships.