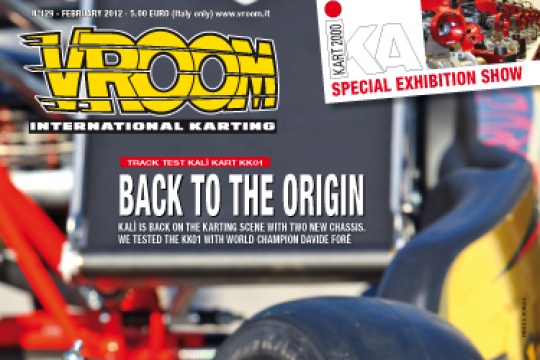 With the international racing season yet to see the green lights, we pulled off a superb issue full of technical articles – Kalì Kart KK01 track test in the headlines - and interviews – to the bosses of PDB and Maddox, DR Racing France, Art GP.
Making it big in February issue, the always successful IKA Kart2000 exhibition show at Offenbach with photos and news of the top national and international exhibitors.


TRACK TEST – Kalì Kart KK01
The name Kali is back on the karting scene, with two new chassis, quite normal except for tube diameter. We tested the KK01 with mixed 30/32 tubes at the track in Lonato, near Brescia in northern Italy. Our “assistant test driver” for the occasion is no other than multiple winner David Forè. 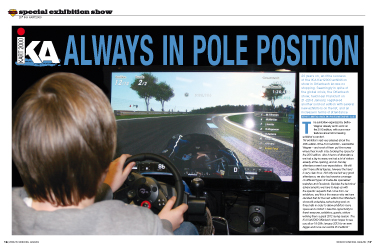 SPECIAL EXHIBITION SHOW – IKA Kart2000 at Offenbach
20 years on, and the success of the IKA Kart2000 exhibition show in Offenbach knows no stopping. Seemingly in spite of the global crisis, the Offenbach show, held near Frankfurt on 21-22nd January, registered another sold out edition with several new exhibitors on the list, and an increase in terms of attendance.

TALKING TO – Peter de Bruijn
Two new chassis CIK homologated. New drivers line-up in all classes. Commitment to national and international racing series as well as national championships and single-make trophies. Peter de Bruijn, owner of PDB Racing Team with Gillard karts and Maddox karts talks about his plans for the 2012 season, a recipe of many ingredients for guaranteed success.

TALKING TO – Philippe Lauriot
48 years old, based between Nice and Cannes not too far from the Italian border, funny, easygoing and outspoken, Philippe Lauriot is the man Danilo Rossi chose to import his DR chassis line for the French karting market, a real success story. He told us how and why he went from taking his son around kart tracks to becoming one of the most successful DR importer in the world.

TALKING TO – Nicolas Todt
Nicolas Todt and Armando Filini are starting a new, very interesting project in 2012: all eyes will be on them and they will be under great pressure. But both have always proved to be winning, and as Todt says, a winning team is made up of winning people.

CLOSE UP – FFSA Winter training camp
Now that there are only a few months to go before the start of 2012 season, the world of car racing is getting down to work. For young FFSA go-getters, the year has started with a breath of fresh air up in the mountains in Chamonix at the foot of Mont Blanc, to get back into shape and foster team spirit. 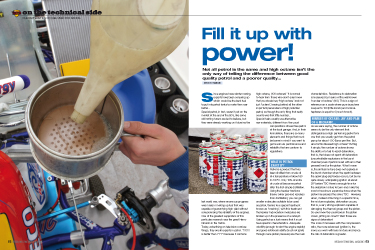 S.O.S. KARTING – Axle bearing
After the parenthesis on engines, we now go back to the chassis: this month we are going to see step by step how to change an axle bearing and/or do maintenance on the same.

VINTAGE USA – The best of vintage with Stars and Stripes
Frank Weir, American kart enthusiast specialized in U.S. Vintage karting, reports on two events held overseas: the Big One, organized by a group of friends who managed to transform their meetings in the top Vintage event in the USA. Next in line, Frank has paid a visit to the Max-Torque factory, specialized in the production of clutches for Vintage karts. 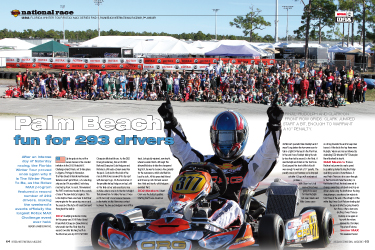 NATIONAL RACES
National racing season is yet to start in most countries, but the USA is already active with the Florida Winter Tour, which featured a whopping 293 drivers at the opening round of the Rotax Series in Palm Beach.