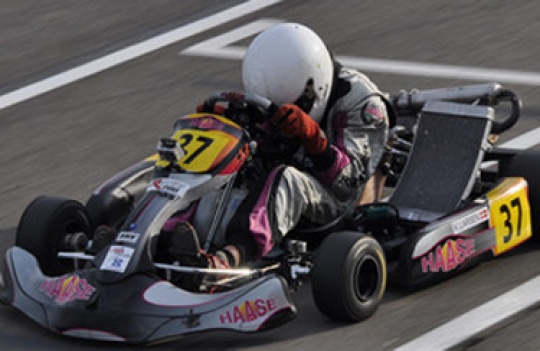 Introduced in the organisation chart of the CIK-FIA competitions in 1980 the Viking Trophy is part and parcel of the most established Karting traditions in North European countries. The event was originally reserved for Drivers from Denmark, Sweden, Norway and Finland (the four countries which continue to share its organisation in turn), but at the beginning of this century the Trophy was extended to Baltic countries and even to Russia, from which came as a matter of fact several winners.


Having christened in 2010 the new circuit of Lidköping in Sweden which saw the crowning of Viktor Öberg (KZ2), Kevin Munkholm (KF2) and Nicolas Beer (KF3), the Viking Trophy will be held on 17, 18 and 19 June 2011 in Norway, on the circuit of Rudskogen, with the three usual categories, namely KF2, KF3 and KZ2. The Organiser (the KNA Rudskogen) has chosen to add to the programme of the meting a national race for 60cc Minikarts.

In addition to the official awarding of a CIK-FIA title to the winners (coupled with an invitation to the CIK-FIA Awards ceremony at the end of the year), the Viking Trophy will open the doors of the World Cups to every participant in each category concerned.
In memory of the lady kart Champion Charlotte “Lotta” Hellberg, prematurely departed in 2005 further to a long disease, the “Lotta Hellberg Award” special prize will be awarded to the Junior author of the finest recovery in the KF3 final. The last Award-winner was Russia’s Pavel Rydakov, who recovered from 20th to 6th during the 2010 final.

Like for all CIK-FIA competitions organised on the European territory, the racing tyres (Vega in KF2 and KF3, Dunlop in KZ2) will be supplied free of charge to all the Drivers, tyres for practice being available at very low cost, and finish prize money will be granted to the top three of each category by the tyre Manufacturers concerned.

Entries are available in line on www.cikfia.com and remain open until Friday 20 May 2011.