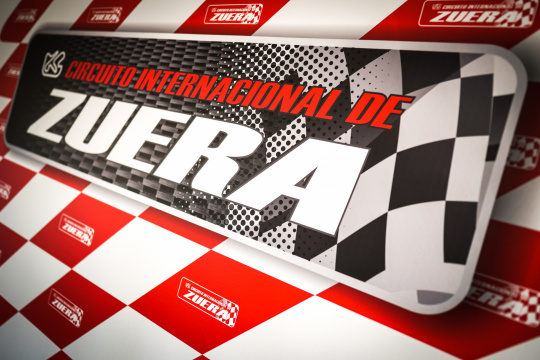 Author: Vroomkart International
The Spanish weekend is ready to get into full swing to close the games and award the OK and OKJ continental titles.
Uncertainty on the eve and dates in the balance but, in the end, the 2021 FIA OK and OKJ European Championship is coming to an end. A path, as usual, made of four rounds, all different from each other but always marked by the spectacle that on the Iberian track will see the final fireworks for the new masters of Europe.

The distance from the last round at Sarno is short and there is a great deal of anticipation to see how the countless battles for overall success and placings will end. Zuera therefore seems to be the right place for a very hot final in all aspects, ready to come to life from tomorrow with the last available qualifications.

In OK all eyes are on the title holder and the first suspect to win it again, Andrea Kimi Antonelli, especially after the great triumph in the weekend of Sarno that allowed him to jump at the top of the overall standings. The driver from Bologna cannot relax too much, given the short distance of Arvid Lindblad, who is as good as his colleague in staying on top in all the events with only six points behind him. It will therefore be an absolute duel between the two without excluding Rafael Camara, out in the last race but almost as fierce as Lindblad to take away the success from Antonelli. Among the outsiders, the most likely suspect is the Bulgarian Nikola Tsolov, always in the top five and on the podium at Sarno.

Another expected battle in OKJ between Freddie Slater and the rest of the competition. Without the penalty of Essay and the gross mistake of Sarno (where the Englishman lost the success for a +0.002sec gap), probably the accounts would already be closed with a Ricky Flynn Motorsport title. The Englishman, however, still has a good margin to exploit on Matheus Ferreira, first of the pursuers with nine points of disadvantage to be recovered by remaining constantly lucid. The fight for the podium is also between Alex Powell and Harley Keeble, the last winner in chronological order a few weeks ago.

Qualifying will start tomorrow afternoon, heats are expected as usual on Saturday before the final showdown on Sunday 25th July. Heats and finals will be visible in streaming on fiakarting.com.