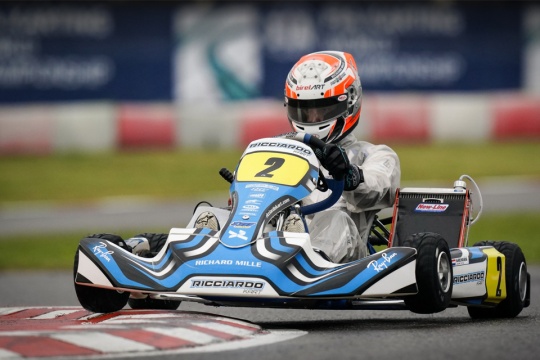 Author: Vroomkart International
The weekend continues with a busy programme of heats for all the categories present. Marjin Kremers (KZ) and Lorenzo Giannoni (KZ2) are the provisional leaders.
KZ - Kremers dominates the heats
With two wins out of two, Marjin Kremers (Ricciardo Kart) is currently in pole position for tomorrow with only one heat missing. Double success for the reigning champion, ready to face the showdown like last year. The weather in Lonato foresees weak rain and the possibility of dry, the key to the weekend will most likely be the condition of the asphalt to be interpreted at its best. Results also useful for Jorrit Pex (KR) and Jeremy Iglesias (Formula K) with two top three in the safe.

Academy - Gubenko leader
Russian Alexander Gubenko is currently the leader for the final FIA Academy Trophy with a success and a second place.

Appointment until tomorrow with the last heats and finals in each category.