So let’s go straight to the point and let’s see who will fight in this 2017 edition.

Paolo De Conto (CRG-TM) will defend his 2016 World title and the 2017 European one. The CRG standard bearer seemed to be unbeatable during the Continental championship, with the only exception of the last round in Kristianstad, where he already was the new champion. Patrik Hajek (Kosmic-Vortex) and Marjin Kremers (BirelART-TM) will try, once again, to stop the Italian ace, but as we could have seen during the European championship… is not that easy! The injuried Anthony Abbasse (Sodikart-TM) will join his teammate Bas Lammers (Sodikart-TM) after the bad crash he had in Oviedo, Spain. Davide Forè (Gold-TM) and Marco Ardigò (Tony Kart-Vortex) will back to race after their rib injuries, we’ll see their level of shape after nearly a season of stop.

The world championship attracts former drivers too: guest star of the meeting: Ronnie Quintarelli (BirelART-TM)! We followed him during a test, you can read something more about that on Vroom International #194. Jordon Lennox-Lamb (Tony Kart-Vortex) will join Pedro Hiltbrand (Tony Kart-Vortex) and Matteo Viganò (Tony Kart-Vortex): the British driver comes back to racing after a year as Fusion Motorsport manager.

A couple of new faces from KZ2: the 2017 European Champion Leon Köhler (Tony Kart-Vortex) tries to strike his opponents on his homesoill at his first year of international competition. The German driver will be on track with his teammate Paavo Tonteri (Tony Kart-Vortex). Alessandro Giardelli (CRG-TM) and Flavio Camponeschi (CRG-TM) will join the battle for the world crown.

Despite a few drivers stepped to KZ, the 2017 International KZ2 Super Cup breaks the record of entries: 118 drivers will fight for the most important title of the year!

Without Viganò and Köhler, Italians Alex Irlando (Sodikart-TM), Francesco Celenta (Praga-TM), Riccardo Longhi (BirelART-TM) and Alessio Piccini (Tony Kart-Vortex) will challenge the 23 German drivers that will attend the meeting on their homesoil, trying to write their names in the CIK-FIA hall of fame. Other outsiders can do very well: Martijn Van Leeuwen (Energy-TM), Alexander Dahlberg (BirelART-TM) and Daniel Bray (GP Racing-TM) are some of them.

Within the 118 drivers, three of them are women: Italian Natalia Balbo (Formula K-TM) from NGM Motorsport is one of them. 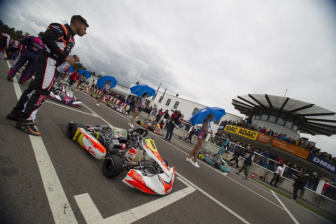 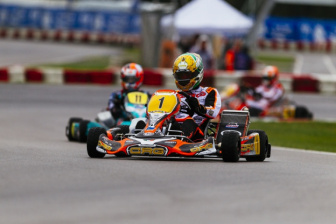 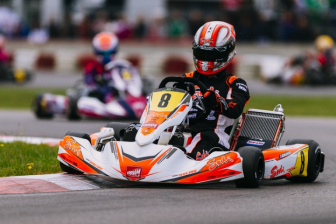 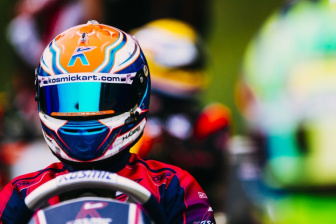 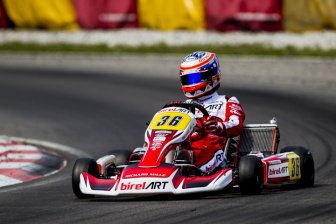