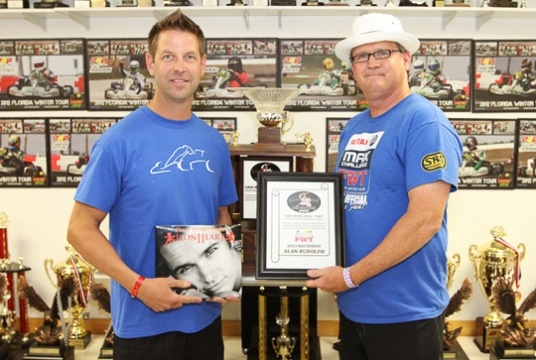 Author: Vroomkart International
The memory of Dan Wheldon's outstanding life and achievements is still fresh in all of us, and Florida Winter Tour organizer Bill Wright honoured Dan's name with the creation of an award that bears his name, the Dan Wheldon Karting Ambassador Award.
In 2013, Alan Rudolph has been chosen as recipient of the Dan Wheldon Karting Ambassador Award for his outstanding achievements and conduct.
The press release reads as follows:

"Formula Kart Productions, exclusive owner and promoter of the Florida Winter Tour kart racing program, is proud to announce Alan Rudolph as the 2013 recipient of the Dan Wheldon / FWT Karting Ambassador Award. The 42 year old from Gilbert, Arizona is a father of three who has a long and successful history of racing and working in the karting industry dating back to 1979 when he competed in his first kart race.

The award is given annually to the Florida Winter Tour participant who best represents karting with a fiercely competitive spirit, a helpful and positive attitude, and a professional image. 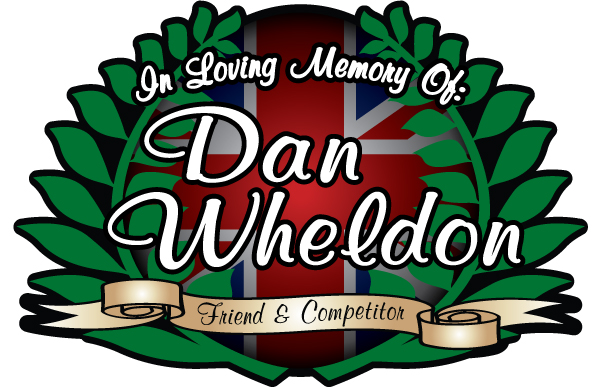 The purpose of the award is twofold. First, to honor the memory of Dan Wheldon. Second, to inspire others to be aware of and adopt the personal attributes that made Dan Wheldon an outstanding driver, father, friend and a strong and positive image for the karting community.

As the 2013 recipient Rudolph was provided a framed certificate designating him as the 2013 award recipient and a copy of the Michael Voorhees photo book created by Voorhees and Dan Wheldon for Wheldons family, friends and fans. Rudolph will also have his name inscribed on a plaque that will be attached to the perpetual DW/FWT Karting Ambassador Trophy, to be displayed at future FWT events.
FWT’s Bill Wright: “You will note that eligibility for the award requires the recipient to be an FWT participant. Motorsport is a Team Sport. I’ve said since day one that FWT is only as good as the people racing with us. Although drivers are the most visible part of the winning equation, success in karting requires all of us; Drivers, Parents, Tuners, Mechanics, Coaches, Team Managers, Business Owners, Importers, Track owners and yes, even event promoters.”
As was the case with the 2012 recipient, with the exception of track owner, this year’s award recipient is all of those."


Read the full press release below