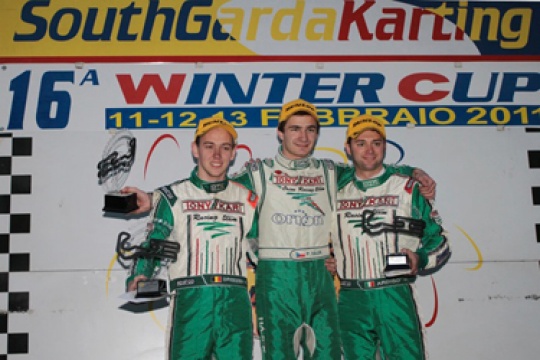 South Garda Karting - Lonato (Bs - Italy) - 17th-19th February 2012
288 entrants are taking part in the Winter Cup. More than 360 the drivers applied for the race. Lots of novelties in all the three categories.

Lonato (Brescia Italy), 24th January 2012.  The 17th edition of the Winter Cup begins with a "sold out": entrants are no longer accepted in any of the three categories. There are 288 drivers ready to get onto the track of the South Garda Karting of Lonato, that is the maximum number allowed: there are 108 drivers in KF2, 108 in KF3 and 72 in KZ2. But the most striking figure is that of the drivers who applied for the race: 360, a veritable record number! So, the first appointment of the season, which traditionally begins with the Winter Cup, seems to have all the potentialities of a great show, especially in the great international events such as the Winter Cup itself.

Besides, there are several others novelties among the drivers in the Winter Cup, with some important debuts in new teams. For example, the European KZ1 champion Paolo De Conto and Roberto Toninelli are racing for Birel now, Patrick Hajek (see photo), last year's winner, for Praga; there is also the debut of the new team Art Grand Prix, managed by Nicolas Todt and Armando Filini.

In the top category, the KZ2, CRG is one of the favourite teams. The team fields its best drivers: the four-time world champion Jonathan Thonon, together with Davide Forè, the winner of the WSK Final Cup Mirko Torsellini and the European champion Fabian Federer. But the fight for the win, after last year's "hat trick", involves once again Tony Kart, especially thanks to the driver from Brescia Marco Ardigò and the Belgian Rick Dreezen, besides the Formula K team with Yannick De Brabander and the KF2 European champion Loris Spinelli. There are also the Praga team, a veritable new protagonist ininternational karting, with Bas Lammers and Patrick Hajek, and the PCR, which can count on their new driver Arnaud Kozlinski. Among the major teams also Maranello Kart, Energy, BRM, SodiKart, DR, Jesolo, CKR, Kosmic and many others field their best elements.

In KF2, Tony Kart with its captain Damiano Fioravanti is definitely the favourite team. Anyway, there are also several other possible winners, such as Birel with Vita Mattia, who progressed in this category from KF3, and the Chiesa Ciorse-Zanardi team with Thiago Vivacqua and the U18 world champion Matthew Graham, the RK team with Karol Basz, Art with the KF3 world cup winner Charles Leclerc, CRG with Jordon Lennox, Felice Tiene and Luke Varley - who has just joined the team-; the LH team with theBritish champion Tom Joyner, the Morsicani team with Antonio Fuoco, Maranello Kart with Andreas Hansen and Stefano Cucco - the team's latest signing -, Formula K with Oystein Helgheim (just progressed in KF2), PCR with Gianmarco Ercoli, Intrepid with its latest "purchase" Max Verstappen and Alberto Di Folco.

Dino Chiesa and Zanardi's team stands out in KF3. Besides fielding Lance Stroll and Callum Ilott once again, the team will make the strong Romenian Petrut Florescu debut. Among thefavourites also the Italian Luca Corberi, official driver for Kosmic from this year, together with all the other champions of the Tony Kart official team, the Spanish champion Alex Palou on CRG, the strong Ward Racing team and the New Force one, Alessio Lorandi with Baby Race, and Dorian Boccolacci with Intrepid. But in this category there are many drivers participating for the first time and lots of them are ready to do their best.

The beginning of the free practice is scheduled for Thursday 16th February. On Friday afternoon (17th February), the time trials and the first heats whichcontinue on the following Saturday 18th February (all day). On Sunday 19th,after the second-chance heats, the pre-finals and the finals from 01.30 pm. 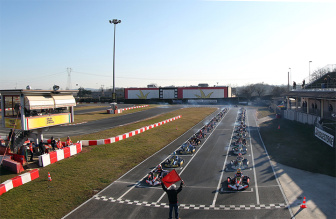 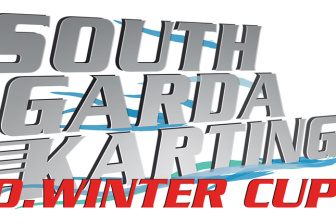 Bridgestone tires and Panta fuel at the Winter Cup