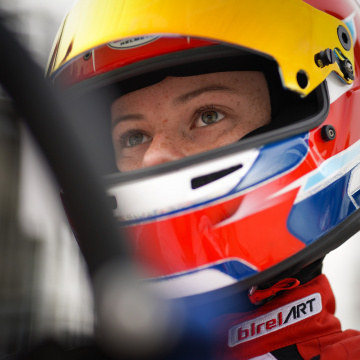 Press Release by: Birel ART
The first competition of the 2021 season, the WSK Champions Cup allowed Birel ART Racing to debut it's team on the Adria Karting Raceway in the presence of a record number of participants. In Mini, the largest category, Van Langendonk did very well to reach 6th position in the Final.
Spirgel showed excellent competitiveness in the Junior class, and Kucharczyk adapted perfectly to the OK category, as did Thanapongpan in KZ2.

Luca Filini, Team Manager of Birel ART Racing, gave an encouraging assessment of this first meeting of the year: "On a technical level, our work during the off-season enabled us to be fully competitive in all categories. On the other hand, the particular situation of the ongoing pandemic has limited the running for the drivers, some of whom need more time to use their machines optimally. The performance of our new recruit in Mini, Dries Van Langendonk, closely supported by Alessandro Manetti, was exciting. With his 6th fastest time, Tymoteusz Kucharczyk showed that he could be relied on in OK. The rookies still have to work hard in the Junior category, but Matteo Spirgel completed some nice races. In KZ2, we didn't have many drivers this time, but Douglas Lundberg showed an excellent standard. We salute the magnificent victory of Viktor Gustavsson on a Birel ART chassis from the Leclerc by Lennox Racing team. We look forward to continuing the season with all our drivers to develop our strategy in all categories."

In KZ2, Birel ART Racing fielded the Thai driver Sutumno Thanapongpan, whose steady progression in his first race at the wheel of a gearbox kart saw him reach the Final. The Swede Douglas Lundberg, in the colours of Renda Motorsport, drove convincing races, often in the top five and 10th in the intermediate classification. An incident in the Prefinal deprived him of a well deserved Final. With the victory of Viktor Gustavsson from the Leclerc by Lennox Racing team and eight Birel ART chassis in the Final, the Lissone brand has already presented itself as one of the protagonists of the season.

Tymoteusz Kucharczyk showed promising control from his first race of the season in OK. After having set the 6th fastest lap time, he continued to be at the front of the field at the wheel of his RK / TM Racing machine, fighting for the top 10. Cristian Bertucca took advantage of his experience to move up from 33rd position to 15th in the Final classification. Max Angelard and Nicolay Violentii learned a lot in this opening race.

All three of them moving up from 60 Mini, the young recruits Salim Hanna Hernandez, Keeren Thijs and Kimi Tani were immediately confronted with a field of more than 100 drivers in OK-Junior, which didn't make their first steps in the category any easier. Matteo Sprigel took advantage of his experience to complete an interesting course that allowed him to qualify for the Final.

In the Mini, the development work carried out on the Birel ART chassis paid off. The young Belgian Dries Van Langendonk proved to be extremely competitive. After his 2nd fastest time in Qualifying among 116 drivers, he confirmed his talent with a victory and two 2nd places in the heats, even though he was delayed twice. He made an incredible 16-place comeback in the Prefinal and fought relentlessly in the Final to finish in a promising 6th position. Together with Alessandro Manetti, Birel ART Racing has a definite asset to succeed this year in Mini.

The Birel ART Racing Team will be completed on the Adria Karting Raceway for the first meeting of the WSK Super Master Series that will take place next weekend, from February 25th to 28th. 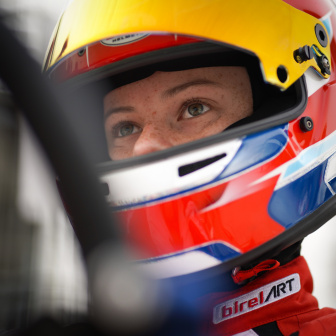 The 2021 season starts in Adria 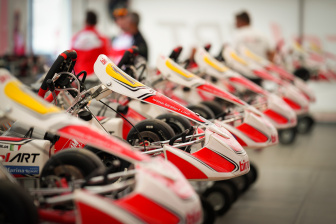 A double and another podium at the World Championship in Lonato

Five podiums at Lonato and a hat-trick in the Championship