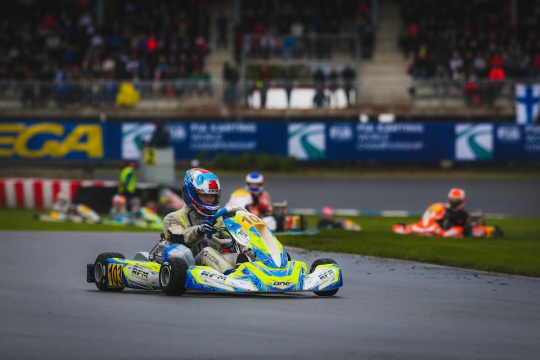 The FIA Karting World Championship - Junior at the Powerpark Circuit in Alahärmä, Finland, is ending in the best way for FA Kart. The protagonist is the Dutch Thomas Ten Brinke (Ricky Flynn Motorsport), who is brilliantly standing out in the OKJ category, after constantly being among the best throughout the weekend.
In the Final, declared wet by the Marshals and where the general conditions of the asphalt changed during the race, Thomas did very well, from start to finish, gaining the best lap realized one lap to go.

The performance in the decisive race fully reflects the competitiveness shown by the FA Kart Victory R chassis powered by Vortex during the whole competition: Thomas actually conquers 5 victories overall in the heats, a second place and three best laps. Very well also for Laurens Van Hoepen, winner of two heats and 8th at the finish line of the Final; Christiano Ho, ranked 11th, very close to the top ten, and Conrad Laursen, 16th after recovering 10 positions during the final.

An excellent result also from the OK category, where Harry Thompson, standard-bearer for Ricky Flynn Motorsport, conquers the third step of the podium overcoming a total of 12 drivers during the decisive race. A very good race for the British driver, where he proves to be well prepared, both during the Heats hit by bad weather, getting two third places, and in the Final, where he springs forward recovering 7 positions during the first lap. In each situation, however, his FA Kart Victory R proves to be an excellent ally. 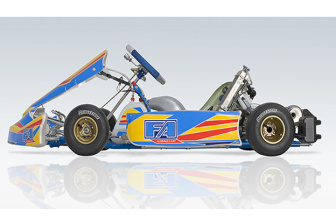