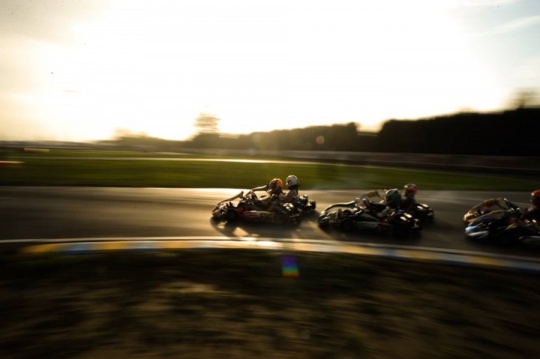 Author: Vroomkart International
On the Adria kart track the 2018 branded WSK shall come to its finale. Final round indeed for the Final Cup, valid for the assignment of all the titles at stake.

The formula based on three events of the Final Cup thus comes to an end. After Lonato and Castelletto di Branduzzo, it will therefore be up to the Adria track to assign the title and close the year's record books.

Mini - Everybody hunting for Powell
The Jamaican leads the general with 169 total points, a good margin that however are not enough to settle back upon, thanks to the 7 Laghi race winner, Ean Eyckmans, still in contention. The Belgian follows in second place with 137 points, sure to be jumping into heated battle right to the weekend's very end. In third place with 116 points, Briton Coskun Irfan fast, but not yet incisive during the Final Cup.

OKJ – In-house battle for Kart Republic
In junior, indications point to a two-way fight between Taylor Barnad (143 points) and Marcus Amand (140 points). The two brand-mates have for now divided the successes between Lonato and Castelletto, so with only a three-point gap, the battle for the final victory remains wide open. For the bronze medal, it's Russia vs Italy with Kirill Smal and Gabriele Minì in close contact.

OK - Travisanutto remains leader
Despite the K.O. of Castelletto, due to a technical problem in the final, the World Champ is sure to continue his hold on speed. Travisanutto leads the standings with 141 overall lengths, only 32 points more than direct rival Dexter Patterson, at 109. As in Junior, so  too in Senior, the Dino Chiesa chassis hold sway. Haverkort and Nielsen prowl close behind at 102 and 97 points.

KZ2 - French Derby
After the initial victory of Bas Lammers in round 1, the queen class passed into the hands of the two well-known faces of the category: the European Champion, Adrien Renaudin leads the general with 111 points after the success of Castelletto. Behind him, however, is Kali Kart man, Emilien Denner, with 108 points on his scoreboard. A French civil war between the two is expected, both ready to give their all for victory.