Author: Vroomkart International
Almost halfway through the 2010 racing season and some verdicts have to be highlighted. First and foremost, the TM engine is the one to beat, as our track test also points out. Always on top in all major international events, TM MF2 and KZ10 engines seem likely to enjoy a long success, thanks to a farsighted project and meticulous development. The European KF2-KF3 Championship qualifications contributed to demonstrating just that. Almost 60 TM-powered drivers will take part in the finals at Genk... 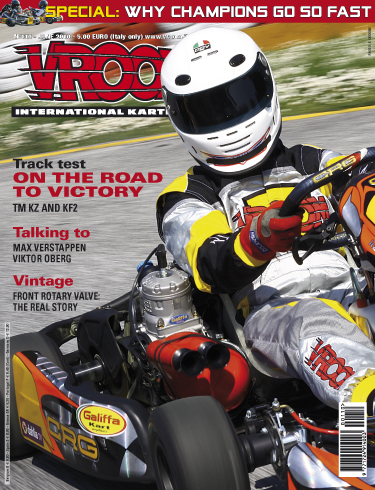 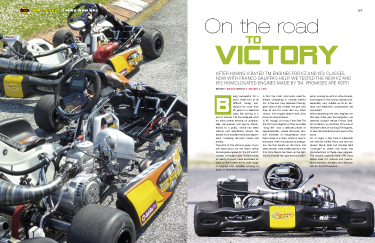 TRACK TEST - TM KZ and KF2
After having X-rayed TM engines for KZ and KF2 classes, now with Franco Galiffa’s help, we tested the new KZ and KF2 homologated engines made by TM. Promises are kept! 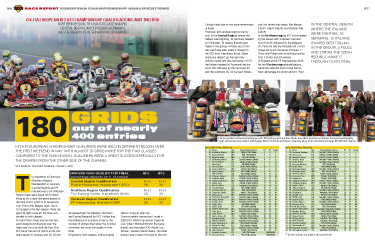 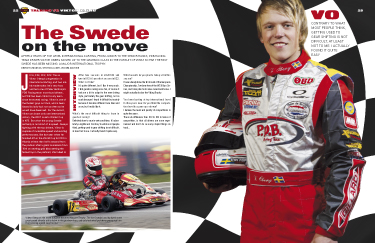 TALKING TO – Viktor Oberg
After 4 years of top level international karting, from junior to the senior ranks, PDB Racing team driver Viktor Oberg moved up to the gearbox class in the pursuit of what so far the fast Swede has been missing: a major international trophy. 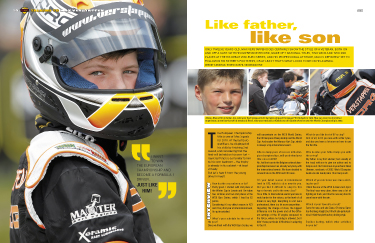 TALKING TO – Max Verstappen
Only twelve years old, Max Verstappen does certainly show the style of a veteran, both on and off a kart. With his impressive record, made of 7 national titles, two wins and two 2nd places at the his debut WSK Euro Series, and his professional attitude, Max is definitely set to follow in his father’s footsteps, or at least that’s what looks to be on his agenda. 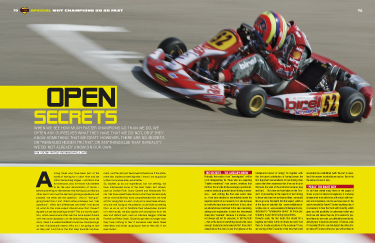 SPECIAL – Why champions go so fast
When we see how much faster champions go than we do, we often ask ourselves what they have that we do not, or if they know something that we don’t. However, there are no secrets or “revealed hidden truths”, or anything else that in reality we do not already know on our own. 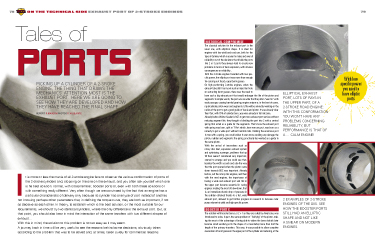 ON THE TECHNICAL SIDE – Exhaust port of 2-stroke engines
Picking up a cylinder of a 2-sroke engine, the thing that draws the mechanics’ attention most is the exhaust port. Here we are going to see how they are developed and how they have reached the final shape. 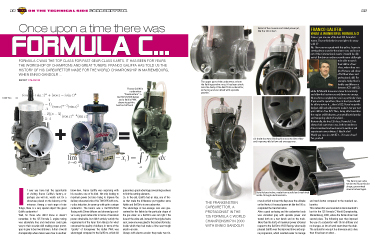 ON THE TECHNICAL SIDE – Carburettors for Formula C
Formula C was the top class for fast gear class karts. It has been for years the workshop of champions and great tuners. Franco Galiffa has told us the history of his carburettor made for the World Championship in Mariembourg, when Ennio Gandolfi… 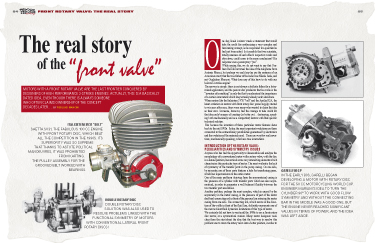 VINTAGE – Front rotary valve: the real story
Motors with a front rotary valve are the last frontier conquered by designers of high performance 2-stroke engines. Actually, this is a basically dated idea, even though there is always someone who often claims ownership of the concept decades later… 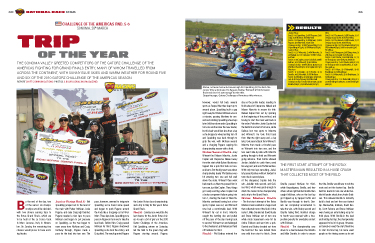 NATIONAL RACES
This month, 28 pages of national race reports, from the USA to Singapore. From the other side of the Atlantic, we report the Gatorz Challenge of Americas and the FWT final round that awarded the spots for the Rotax Grand Finals to be held later this year. From Europe, we report on the first round of the German RMC with over 150 entries; Portugal’s national championship opening round in Braga; and Poland’s plans for 2010 season. Moving to the other side of the globe, the NZ national championships hit the track in Hawke’s Bay; Japan’s Green squad hit the fourth win in a row; Singapore’s national series was hosted at brand new Kartright Speedway; and Thailand’s SKT displayed some great racing at Bira. 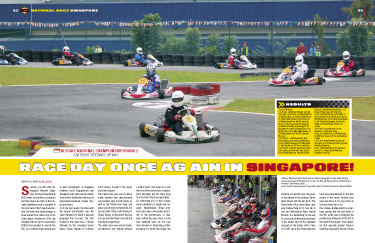 COLUMNS – Mondokart & July national and international calendar
In the news section you will find a preview of the Suzuka World Cup for SKF/KF1 and Asia-Pacific KF2 Championship. The full report to follow on Vroom July issue. Also, BRP announced the venue of the 2010 Rotax Grand Finals and the chassis partners. We end with July national calendars: 54 races from 23 countries across the world, plus 7 major international events.