Author: Vroomkart International
At last we present Peter de Bruijn’s latest creature, the Maddox LP01 chassis, born from the long lasting collaboration between the Dutch tuner and Crg. Our track test is unequivocal: this chassis model brings together the quality of both “parents”, starting from ease in driving. The new Maddox cannot be defined just as being simply “interesting” but much more. 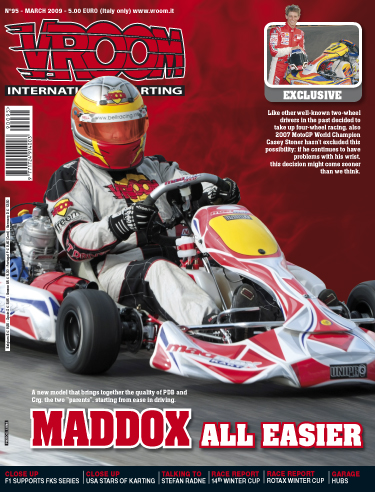 TRACK TEST – Maddox   The relationship between PDB and CRG have brought about the Maddox, a new model that brings together the quality of both “parents”, starting from ease in driving. 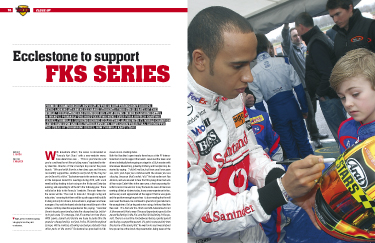 CLOSE UP – Ecclestone and Hamilton to support FKS series   In what is probably the most exciting news ever for a British karting series, Formula 1 supremo Bernie Ecclestone, along with F1 world champion Lewis Hamilton and his father Anthony, have given their full support to the Stars of Tomorrow series, now Formula Kart Stars 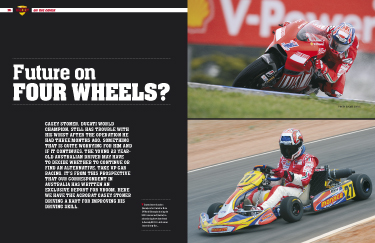 ON THE COVER – Stoner training on kart   Casey Stoner, Ducati World Champion, still has trouble with his wrist after the operation he had three months ago, something that is quite worrying for him and if it continues, the young 23 year-old Australian driver may have to decide whether to continue or find an alternative, take up car racing. It’s from this prospective that our correspondent in Australia has written an exclusive report for Vroom. 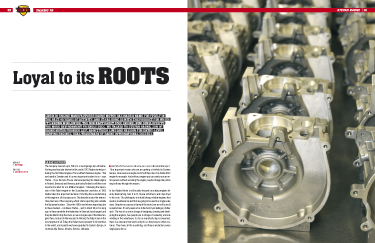 TALKING TO – Stefan Radne   Swedish engine manufacturer Radne Motor has made a name for itself in the past 45 years of activity. And it has done so with the product for which it’s known worldwide: the Minikart Raket 85cc engine, now developed to the more environment friendly 95cc. We talked to Stefan Radne, son of Radne Motor founder Leif, about their love and passion for entry-level karting engines, real trademark of Radne international success. 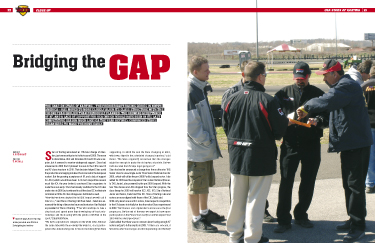 CLOSE UP – USA Stars of Karting   The Snap-on Stars of Karting – the premier kart racing series in North America – has moved to more closely align its class structure with the CIK one year earlier than previously planned. The growing acceptance of KF, and a lack of support for JICA (which would have been in its last competitive season much like ICA the year before), convinced Stars organizers to make the move early. 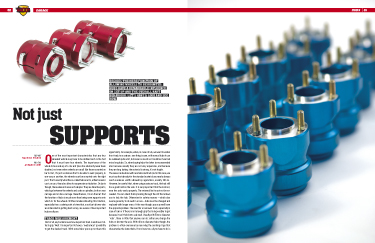 GARAGE – Hubs   Besides the mere function of allowing wheels to be mounted, hubs have a remarkable influence on set up and the overall kart behaviour. Let’s have a look and see how. 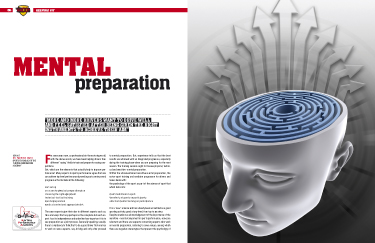 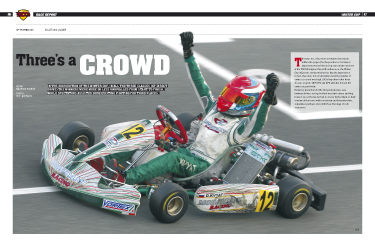 RACE REPORT – 14th Winter Cup   In the 2009 edition of the Winter Cup, in all the three classes (KF direct drive) the winners were more or less unrivalled from start to finish, while spectators assisted some exciting fighting for third places. 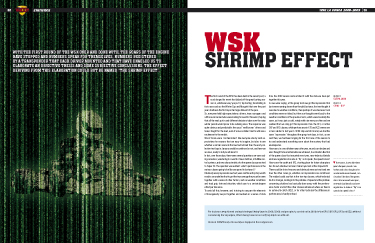 STATISTICS – WSK La Conca 2008-2009   With the first round of the WSK over and done with, the roars of the engine have stopped and numbers speak for themselves, numbers registered by a transponder that each driver mounted and that have enabled us to elaborate an objective thesis and some subjective conclusions. The effect deriving from this elaboration could but be named “THE SHRIMP EFFECT”. 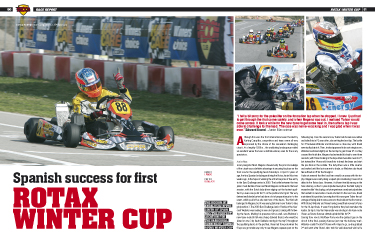 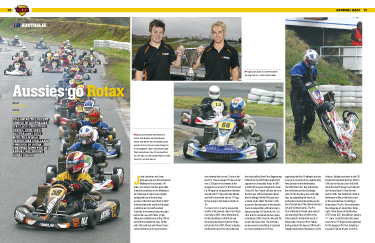 NATIONAL RACES   Nothing better than some tough national racing. A great endurance event, the 2nd Annual VACC 4 Hour Rotax Enduro held in Australia confirms that there will be more Rotax competition in 2009 for the Aussies. In the meanwhile, neighbouring New Zealanders were busy with the CIK Trophy of New Zealand. Our Brazilian friends had to come to terms to several novelties in the first round of the Paulista championship, while in Thailand much of the National Championship field present in the first round was racing with brand new equipment. In the UK, the KF Winter Series reached its fourth round, dominated by the unyielding Litchfield.